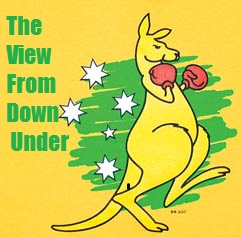 On September 2007 Festus made his debut on Smackdown. Along with his tag team partner Jessie, these two ‘boys from the south’ were the next tag team to try and make their mark in the WWE tag team division. Their catch was that Festus was a mentally challenged catatonic simpleton, who morphed into a focused, damaging and fierce wrestler once the bell rang to start the match, only to return to his unresponsive state when the match ending bell rang.

While initially being unique and interesting viewing, this idea and concept soon became a farce, once other teams starting ringing the bell during matches, and matches became less about what was going on in the ring and more about teams fighting over who would ring the bell.

Returning after 3 months hiatus, Festus is repackaged as Luke Gallows and is a member of C.M Punks’ Straight Edge Society. His previous at catatonic state being explained as a form of alcoholism, and now cured through his new straight edge lifestyle. After starting as the Straight Edge’s enforcer, Gallows would slowly be the fall guy for tag matches, and end up losing more matches then he won. Leaving the Straight Edge Society and turning face didn’t help his win/loss record.

In November 2010 Gallows left the WWE.

Andrew ‘Luke Gallows’ Hankinson 3-4 year run in the WWE would be classed as disappointing, with more emphasis on character and gimmicks rather results and performance in the ring. This would follow Andrew in his TNA tenure as well as part of the Aces & eights story line/stable.

With his WWE and TNA disappointing stints behind him, in 2013 Andrew, using the name Doc Gallows, would find himself in New Japan Pro Wrestling and tag teaming with Karl Anderson. With no gimmick behind them, just tough, dominating ring work, Doc Gallows and Karl Anderson soon became the dominate tag team of NJPW. The Gallows and Anderson tag team would win the IWGP tag team titles 3 times, including holding the titles for over a year in their first reign. His association with Karl Anderson meant that Gallows would become a member of the Bullet club, a stable which has dominated not only NJPW, but also Global Force wrestling and Ring of Honor. Finally Gallows had the opportunity to show wresting fans is in-ring ability.

WWE fans on April 11 2016 got to see the ‘real’ Luke Gallows, as he made is WWE return along with his tag team partner Karl Anderson and destroyed The Usos. Hopefully this time around with the focus on Gallows as a wrestler, not as a caricature gimmick, we will see what NJPW saw, and we see Gallows and Anderson dominate the tag team division, and maybe just maybe join up with the other fellow Bullet club members in the WWE.

Hooroo and see you next week