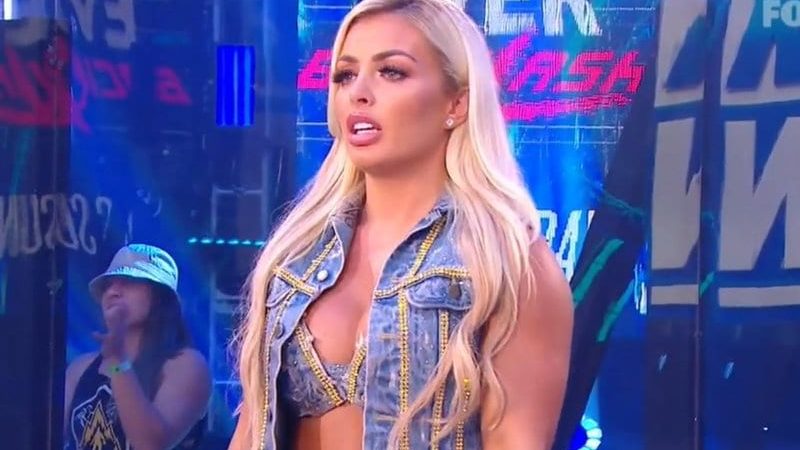 Mandy Rose has got herself caught in the middle of a possible love triangle as Nia Jax may have a new main squeeze. On tonight’s showing of WWE Raw, Nia was given a vase full of beautiful flowers by Angel Garza. Jax then wanted to show Mandy her gift and it didn’t quite go so friendly.

On the 4/26/21 showing of Raw we saw the return of Reginald as he re-joined Nia Jax as her right hand man. Angel Garza then ran into the two backstage as he kissed Jax’s hand and handed her flowers.

As Jax walked away smitten from the confrontation, Reginald tried to talk her out of liking him. Jax then turned her face down as she saw Mandy Rose and Dana Brooke.

Nia swung back the vase of flowers as hard as she could and said “Put these in water, b***h!” as she smacked Rose across the face shattering the glass and getting Mandy soaked from the water in the vase. Mandy and Dana were both shocked from the attack, but Mandy seemed to have recovered rather quicker than most would after such a brutal attack. You can see the exclusive footage from the mauling below.