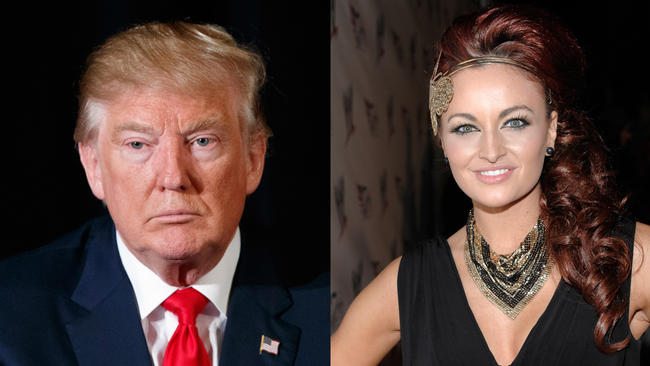 The Daily Show recently ran a segment (that can be viewed below) on WWE Hall Of Famer and Republican Presidential Election nominee Donald Trump who is being scrutinized for his comments in a recently released tape in which he speaks of women in a rather derogatory manner.

The show aired a clip from Trump’s 2011 Celebrity Apprentice season in which he fired then-WWE star Maria Kanellis for ‘locker room’ talk, the same term he used to describe his own comments on the video of himself. Kanellis complained to Trump in the boardroom that another contestant was ‘taking a crap’ in the restroom of their dressing room. This was Trump’s response:

“That is a little below the belt,” Trump said. “Maria, do you regret having said that?” As Kanellis tried to explain her comment, Trump replied, “It is sort of gross, though, bringing that up. It’s like disgusting. This is my boardroom, it’s not a locker room. Maria you’re fired.”

ET recently spoke to Maria who responded to what it was like being fired by Trump:

“He fired me for what I said, and what he said was much worse so,” Kanellis said. “My hope is that he gets fired as the Republican nominee.”

She also claimed to have felt ‘objectified’ by Trump in one point in the show:

“I have a mole on my shoulder and he said to me that I should have the mole removed because it is an imperfection,” she recalled, noting that she was wearing a sleeveless shirt. “I just felt as if that comment didn’t belong in the boardroom, I felt as if he should not be making comments like that to me and telling me that a part of my body is an imperfection.”

“It wasn’t something that bothered me [at the time], but as a presidential nominee, it bothers me because of all the recent comments and things that he has said or that has come out,” she continued. “It just shows more and more of what his character is.”