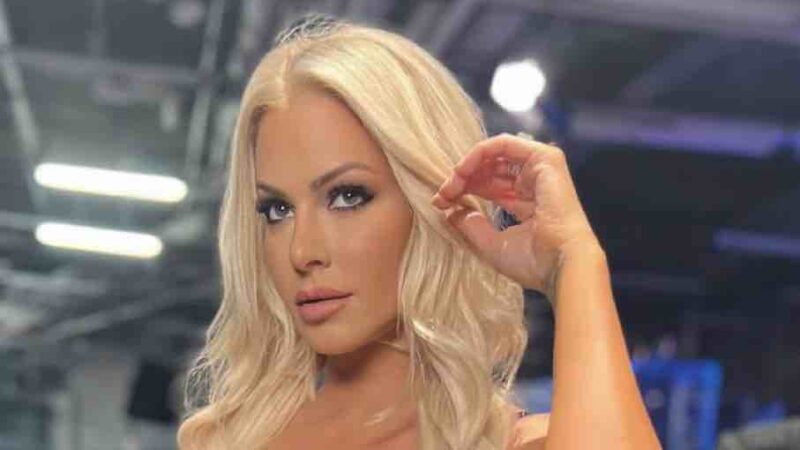 Maryse and Aliyah recently took to their respective Instagram accounts and posted pictures. Maryse, who made her return on the latest edition of Monday Night RAW dropped a picture wearing the revealing black dress. She was clicked backstage sometime during the show.

While, WWE SmackDown star Aliyah uploaded an alluring selfie, and urged us to “Fight for your dreams.” You can check out the Instagram posts below. On the June 6 episode of WWE RAW, Riddle crashed Miz TV to declare that he wants to face Reigns and take away the Undisputed WWE Universal Championship from him. He then shifted his focus to The Miz. He noted that John Cena is playing Peacemaker while The Miz is playing homemaker, as he’s being dragged around by his wife, Maryse. “The Original Bro” stated that The Miz has “tiny balls”, and Maryse responded by saying that her husband has average balls.

Miz asked her to boost him up, so she said he has above-average balls. The Miz insisted, and Maryse said her husband has humongous balls. Riddle told him to prove it, and the fans chanted, “Prove it.” The Miz then faced Riddle after Ciampa attacked him from behind. Despite Maryse’s interference, Riddle ripped his pants and pinned him with an RKO.

While speaking about Aliyah, she went up against Raquel Rodriguez, Shayna Bazler, Natalya, Xia Li, and Shotzi Blackheart in a battle for the right to challenge Ronda Rousey for the “SmackDown” Women’s Championship. She could not win the bout as it was Natalya who secured a Championship opportunity.