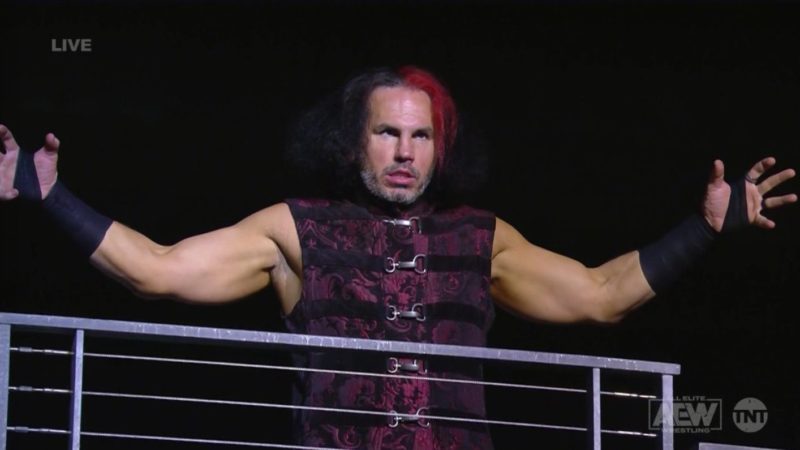 Matt Hardy parted ways with WWE. He let his contract expire, but Triple H still tried to get him to stay with the company after that.

Hardy spoke on Talk Is Jericho, where he discussed how it felt saying goodbye to the company. Many in WWE knew what he wanted, but that did not matter in the end.

Following the expiration of his contract, Triple H called Matt Hardy. He also believed that if Triple was in charge of the company, Hardy would have gotten better opportunities and seen more success.

“What a weird day, and it was like I’m very honest and open with everyone. I told everyone from Vince all the way down what I wanted and what I expected if I was going to stay around. Once we were on the same page, and I said, okay, well, thank you guys very much.”

“I’ll just go my own way, and even days after I left, I talked to to Triple H. It’s just like he was cool, and I feel like if if Triple H would have been the guy that was solely in power, I would have probably had a much better opportunity of kind of getting to do what I wanted creatively, but it is what it is.”

While it is inevitable Triple H will be taking over WWE, it might still be a long time until Vince McMahon retires from his position.

Matt Hardy recently made his debut in AEW. He is scheduled to face off against Chris Jericho on the next episode of AEW Dynamite.