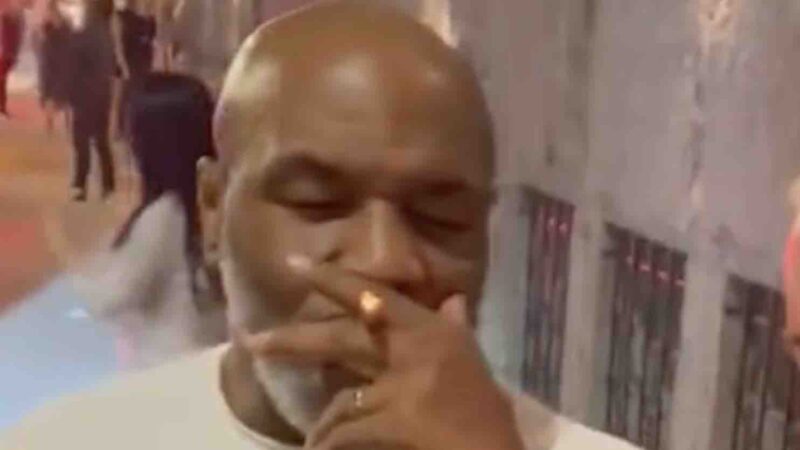 Pro boxing legend, Mike Tyson recently discussed singer-songwriter Babyface’s first time smoking marijuana on his podcast. ‘Iron Mike’ famously spent years in prison due to his legal issues. The 56-year-old finally got sober around 2009, and quit doing drugs such as cocaine and drinking alcohol. While he quit hard substances, Tyson famously replaced those drugs with much lighter ones for medicinal purposes.

The drug in this matter is marijuana, which Tyson uses regularly. The former heavyweight champion has admitted that cannabis, alongside mushrooms, has helped him calm down over the years. However, not everyone has labeled it as a drug as Mike Tyson has. On his podcast, ‘Hotboxin’, the 56-year-old discussed his experience with marijuana with Grammy winner, Babyface.

While the former heavyweight champion might be a big fan of marijuana, it seems the rapper didn’t have such a great first experience. He explained that the 63-year-old just tried the substance last year. Instead of calming him down or making it happy, the artist was unable to sleep.

The singer hasn’t been opposed to marijuana in the past, he just didn’t do it until recently. Given his experience doing it, it’s unlikely that he will want to do it again. Tyson, on the other hand, loves to light up when he gets a chance and even runs his own marijuana company which has been bringing in a ton of revenue as of late.

On the podcast, Babyface stated:

“I did it for my first time last year… I don’t know [that it made me happy], it made me stay up all night… For years I just didn’t want to do it. People would come to the studio and I’d be okay with it. The first person to ask me if they could smoke in the studio was Snoop [Dogg].”