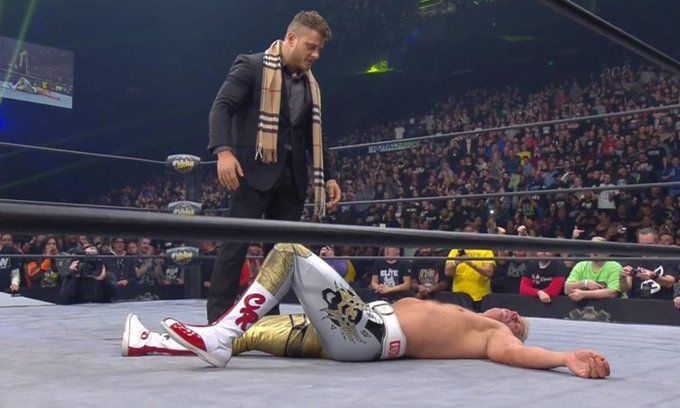 Cody Rhodes took MJF under his wing after he started working in AEW. The two eventually became best friends and MJF came to Cody’s aid whenever he was attacked by the Inner Circle. However, MJF has always been a heel character.

Chris Jericho defended his AEW World Title against Cody Rhodes at AEW Full Gear. After a very physical and brutal match, Jericho applied the Walls Of Jericho on Rhodes and MJF threw in the towel while he was in Cody’s corner.

Following the conclusion of the match, when it seemed Rhodes understood why MJF did what he did, he kicked Rhodes in the groin and made his way out of the ring.

The fans in attendance booed and jeered at MJF, as he is now officially a heel. We will get to know the reason behind his actions on the upcoming episode of AEW Dynamite.