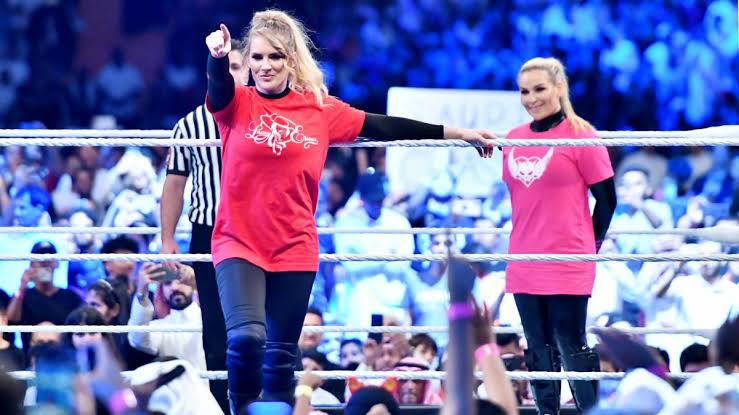 Natalya, the WWE star has been part of many historical moments in WWE. She also played a major role in WWE Women’s Evolution.

Natalya and Lacey Evans created history for WWE in Saudi Arabia after they worked in a first ever women’s match at WWE Crown Jewel event in Saudi Arabia.

She opened up what gift Lacey Evans had given her after the historic match. The special gift was revealed by the ‘Queen of Harts’ on Instagram. The framed poster had transcription that read,

“Nattie, I can’t put into words how much this match meant to me. Not only for what it stands for, but for the fact that [out of] all of the people who could have been across the ring, guiding, and helping me… it was you. You HAVE IMPACTED ME IN SO MANY WAYS IN THIS JOURNEY AND I AM SO THANKFUL FOR STRONG PASSIONATE, GIVING LEADERS LIKE YOU!
Thank you for everything, Lacey Evans”

“Trying to figure out where to hang this in my dungeon.” 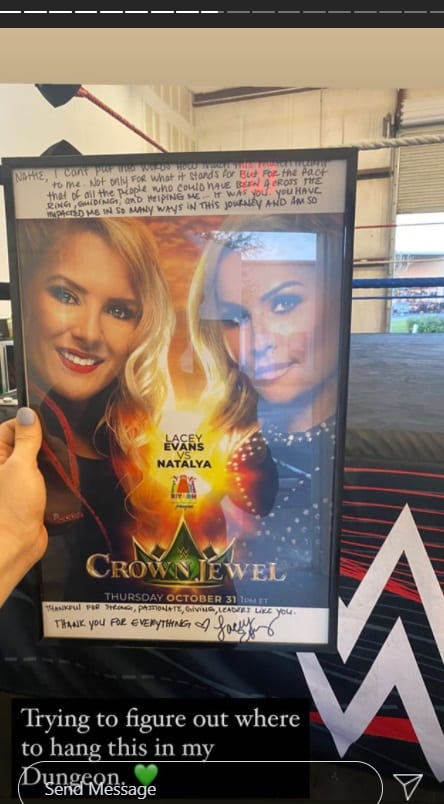 ‘The Queen of Harts’ emerged victorious in that match but most importantly both the stars scripted history on that night.