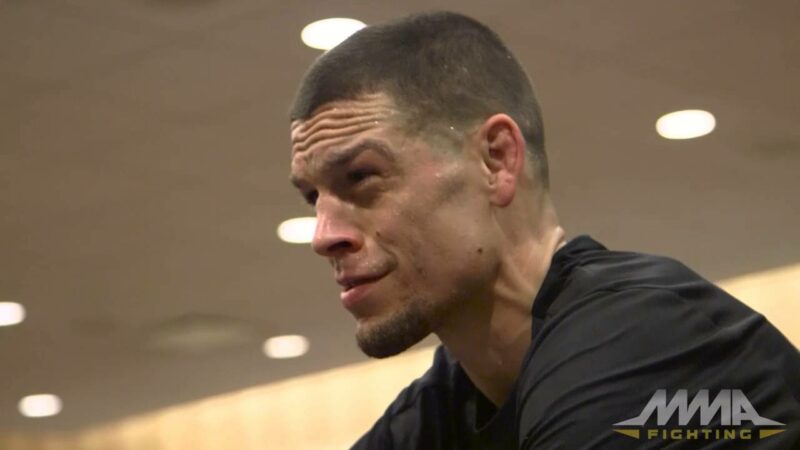 UFC star Nate Diaz has become the father to a second child as revealed by his long-time coach and friend Cesar Gracie. The Stockton native prefers to keep his personal life and relationships a secret.

Nate Diaz wife had a complication

The fans were shocked to some extent when Cesar Gracie, the long-time coach and friend revealed that Nate had another child on the way. Not only that, but Gracie told Submission Radio that Nate’s partner, Misty Brown went into premature labor just hours prior to their interview, giving birth to a baby girl:

“I was speaking to Nate yesterday, and he was supposed to come out on Monday night, and we were all gonna train at my gym in Pleasant Hills, Nick and Nate, and then Nate kind of canceled.

“What happened was, his wife went into premature labor, and so he had a baby yesterday was the thing, yesterday morning,” Gracie said. “He had just a beautiful baby girl. He sent me a picture and everything. I go ‘Okay you’re excused from training today.”

Fans are happy that Nate Diaz and Misty Brown had a healthy baby, especially given the premature circumstances of the birth. They have yet to make a public announcement about this themselves, but this is not surprising given how they like to keep things private.

With the birth of his most recent daughter, Nate Diaz is now the father of two girls. The name of his youngest daughter has not yet been made public at the time of publishing, but his oldest child is named Nikayla Diaz, and was born on June 6th, 2018.