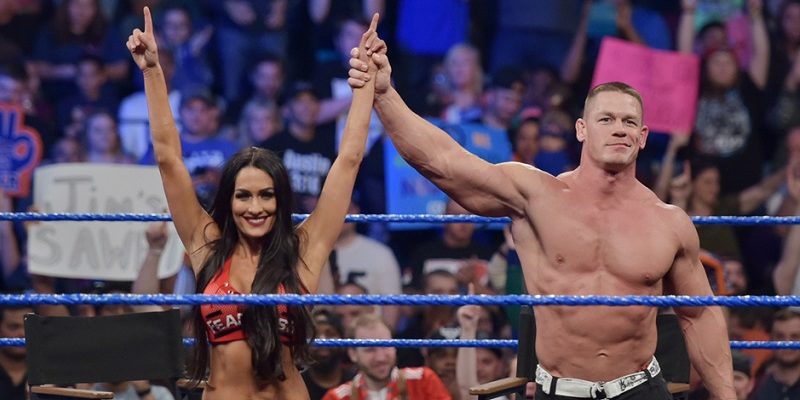 Nikki Bella and John Cena’s relationship has been the main topic of wrestling discussion for the past few weeks, more so than usual. Since the breakup, The Total Bellas stars have been a top story for wrestling and entertainment sites alike.

Fans have theorized that the break-up has been a work, speculating that it was done to promote the upcoming season of Total Bellas. Another theory is that the couple had their public breakup so that they could have their wedding in private without having to deal with paparazzi.

Nikki Bella responded to these claims on ET Canada Live.

Sometimes, people don’t realize how you can affect them. It’s kind of like when we try to talk to cyberbullies and tell them that you have no idea how you’re affecting people. I’m a human being that literally went through a breakup. Everyone’s been through a breakup and think of how we feel.

Mine has just been blown up and people all of a sudden are saying that I’m faking it. You’re now saying that my heartache is fake, and that makes it even harder. It’s just like, what can I do right? That’s just really, really tough.