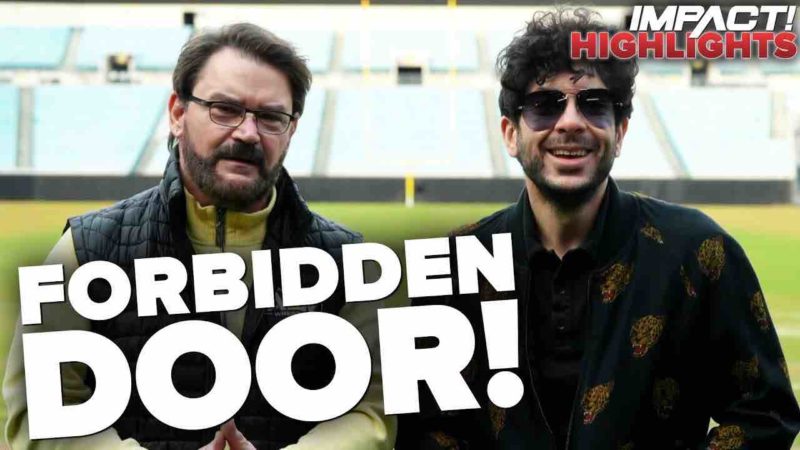 Bullet Club member and New Japan Pro Wrestling wrestler Tama Tonga recently claimed on the “Tama’s Island” podcast that Tony Khan’s comments about the ‘forbidden door’ between AEW and NJPW being opened is not true.

He said about KENTA showing up on Dynamite, “I was so surprised, I didn’t no nothing, I didn’t know anything. KENTA is there for one reason and one reason only, Moxley.”

“That US title belt belongs to KENTA. That’s the only reason that he’s there.”

He added that Tony Khan’s ‘forbidden door’ being open comments are BS.

“That sounds like a lot of horses**t to me, man. Is the door wide open? Hell no, the door is not wide open. Is it cracked open? Maybe, maybe this can be something but is it open? Hell, no.”

Tama added that travel restrictions and the Jon Moxley vs. KENTA feud are the reason for current circumstances, with KENTA showing up on AEW Dynamite.

“Can this lead to the door opening more? Yes, it’s like building trust.” Last night on AEW Dynamite, KENTA teamed with Kenny Omega against Jon Moxley and Lance Archer, with KENTA and Omega going over. Omega and The Good Brothers have had somewhat of a Bullet Club reunion in AEW and Impact Wrestling, with The Young Bucks also being included. SEScoops reported the Tonga quote.