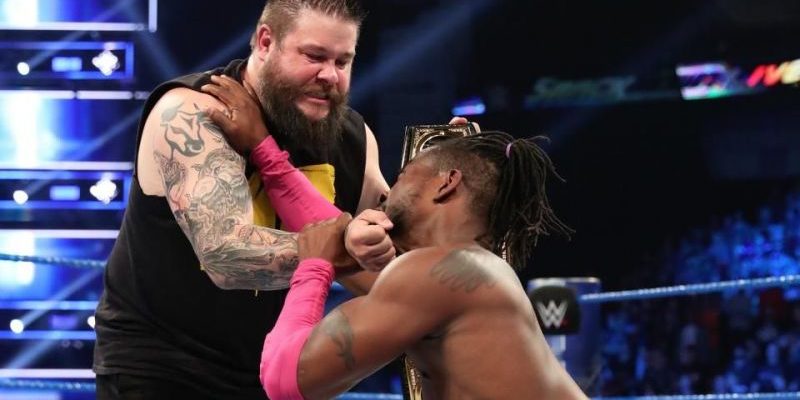 This week’s episode of Smackdown Live saw Kevin Owens turning heel and it appears that he will be challenging Kofi Kingston for the WWE Championship at the upcoming Money In The Bank PPV.

However, latest report from Wrestling Observer reveals that this wasn’t the original plan and Kingston was originally expected to face Daniel Bryan at the show.

However, Bryan’s injury caused plans to change and the company considered a number of names as possible opponents for The New Day member before settling for Owens.

According to the report, the company had considered Randy Orton and Rowan as possible opponents for the new WWE Champion but then they decided against it.

The idea of bringing Drew McIntyre or Baron Corbin from Raw or keeping Samoa Joe on SmackDown Live was also discussed but at the end they made the decision to turn Kevin Owens heel.