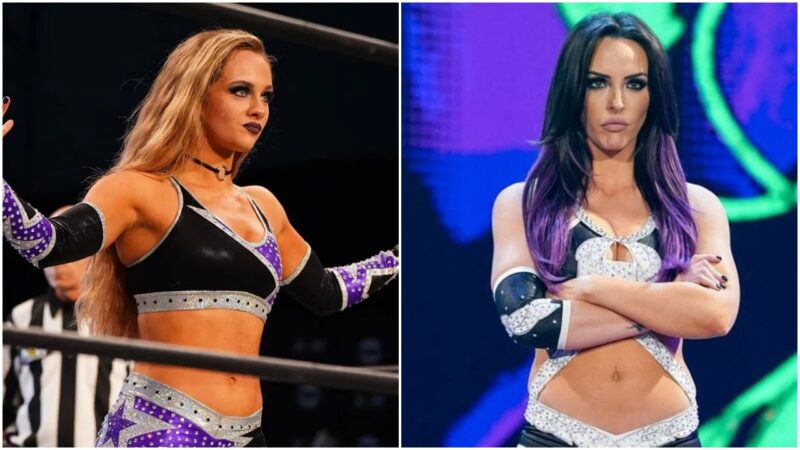 Cassie Lee(formerly Peyton Royce) is currently one-half of the IMPACT Wrestling Knockouts Tag Team Champions alongside her best friend Jessica McKay(formerly Billie Kay). The duo previously went by the name IIconics, were released from WWE. However, they are back on track and having a great time in IMPACT Wrestling.

Jessica and Cassie have also been heating things up on social media over the past few months, both in separate posts from respective accounts and also together in photo shoots. Cassie Lee recently dropped another stunning photo drop. Cassie Lee took to her Instagram recently and asked fans if they want to scuba dive while wearing a turquoise-colored bikini along with some scuba diving gear.

While speaking about AEW star Anna Jay, she dropped a revealing selfie on her social media which has certainly enticed the fans. Anna Jay took to Instagram ahead of this week’s episode of AEW Dynamite and uploaded a selfie where she simply looked gorgeous. Fans certainly appreciated the selfie as well.

Cassie Lee sits at the top of the women’s tag-team division with Jessica McKay in IMPACT Wrestling. While Anna Jay is a Dark Order member and she previously lost to TBS Champion Jade Cargill in a title match on AEW Rampage. It is to be seen if she can move up the ranks once again to get a shot at the title.

During an interview with the Insight with Chris Van Vliet podcast last year, Cassie Lee, the former Peyton Royce stated how splitting up with her former tag partner during their run in WWE ended up being the worst decision she ever made. Credit to WrestlingNews.co for the below.

So many people said, ‘That was so stupid for them to break you up. Why did they break you up? You were so good together.’ I feel like it’s my fault because I wanted to push myself and see what I was capable of. That might have been the worst decision that I made.”