This week’s episode of Monday Night RAW will be the go-home episode before WWE Crown Jewel. The members of Team Flair and Team Hogan will be squaring off once again. It will be a rematch between two competitors who competed in a match last week.

The official Raw preview for the show has listed Ricochet vs Drew McIntyre in a rematch. Here is what WWE said regarding the rematch:

Now, Ricochet gets a chance to avenge last week’s loss, while McIntyre once again looks to enforce his will on WWE’s resident superhero.

We wonder if Ricochet will win this bout owing to WWE’s tendency of 50/50 booking. However, with WWE trying to push Drew McIntyre, there is also the chance he will be the victor. We will get to know during the show itself. 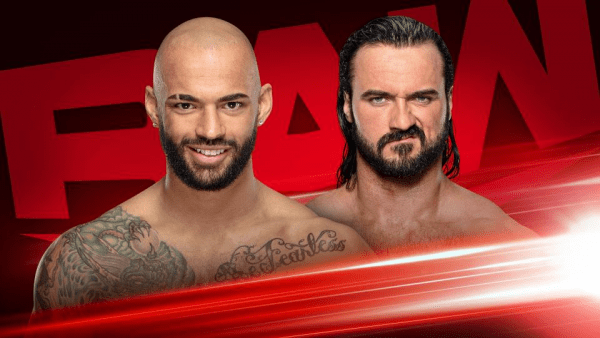