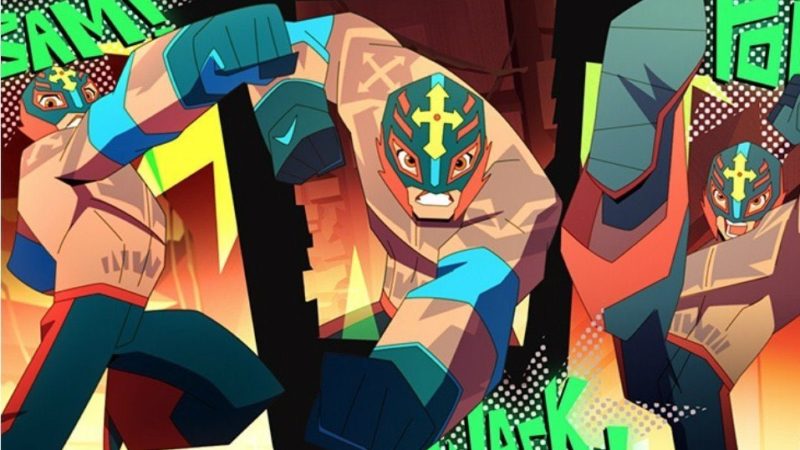 It looks like Rey Mysterio will soon be an animated television star to children in Mexico.

During the El Festival Pixelatl 2020 event it was announced that the longtime pro wrestling veteran and future WWE Hall Of Fame legend has finalized a deal with Cartoon Network Latin America to produce an animated series using his name and likeness.

Dave Meltzer of the Wrestling Observer Newsletter noted that WWE was not mentioned in the official press release that was issued to announce the news, so it is possible that this is a project that Mysterio secured on his own outside of the sports entertainment conglomerate.

The official synopsis for the new Cartoon Network Latin America series on Rey Mysterio, which is being co-produced by ¡Viva Calavera! and Mighty Animation reads as follows:

“Rey Mysterio will tell the story of one of the most iconic luchador, a figure admired by all and star of the ring, but he will also delve into a great secret: unimaginable forces threaten our world and he will be a fundamental part of that fight. When their number one fan discovers this secret, together they will immerse themselves in a world where the excitement and adrenaline of wrestling coexists with mystery, mythology, history, magic and supernatural beings.”

In the press release to announce the project, Mysterio commented about the new animated series coming to the Cartoon Network Latin America network.

“After 35 years of career and multiple achievements, I was still missing something. I always wanted an animated series with the character of Rey Mysterio and when the Hermanos Calavera presented their idea to me, I was immediately captivated. Working with Cartoon Network has been incredible, I can’t think of anyone better than this group to make this project a reality.”

Featured below, courtesy of Wrestling-Edge’s own Matt Boone (@MattBoone1984) are some first-look photos of Rey Mysterio’s animated character for the new Cartoon Network Latin America series.