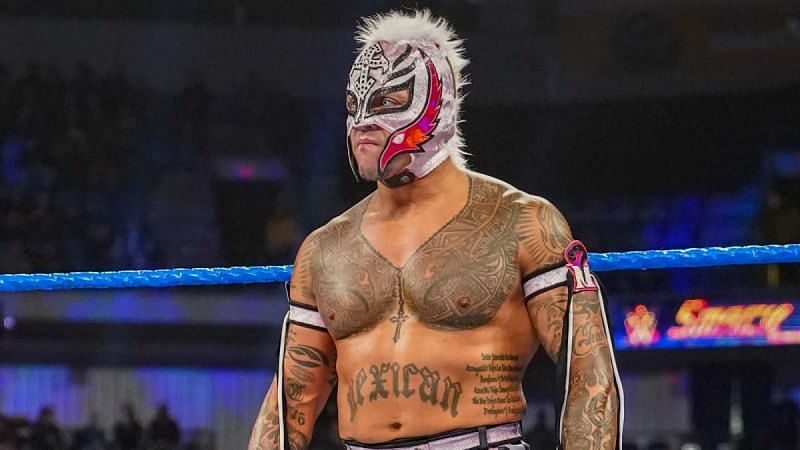 Rey Mysterio is one of the biggest stars of WWE. He was recently spotted with former WWE Champion AJ Styles and they posed for a photo with former WWE ring announcer Lillian Garcia.

Rey Mysterio had a reunion

It has been noted that earlier this week, whilst waiting to board her flight at the airport, she ran into Styles and Mysterio who were on their way to Dubai. The caption read:

“You never know who you will run into at the airport! 😄

Such a nice surprise when I saw @ajstylesp1 walking towards me with a huge smile and @619iamlucha right behind him in disbelief! We hadn’t seen each other for a while so this reunion was so special!

I’ve always said that once you work @wwe and you see people you have bonded with, it’s like seeing a family member! There is something special we share.

Love you Rey & AJ!! So glad we got to spend some time catching up! Good luck in Dubai. 😉💛”

It is needless to mention that Garcia worked on and off as WWE’s lead ring announcer for almost a couple of decades. During that time she established strong bonds with many of the company’s on-screen talent. It was back in 2019, on an episode of Monday Night RAW, Garcia made a special appearance.

Rey Mysterio and his son Dominik Mysterio had a segment with WWE Hall of Famer Edge on the latest edition of Monday Night RAW. Dominik was seen shoving the ‘Rated R Superstar’ as the latter had mistakenly speared Dom. They are in a feud with the Judgement Day. On this week’s RAW, Dominik was assaulted by Rhea Ripley and it seems to be quite a problem for Rey. We will have to wait and see how this storyline moves ahead.

Meanwhile, AJ Styles saw a bizarre moment on RAW, as following his match, Dexter Lumis was seen in the crowd.