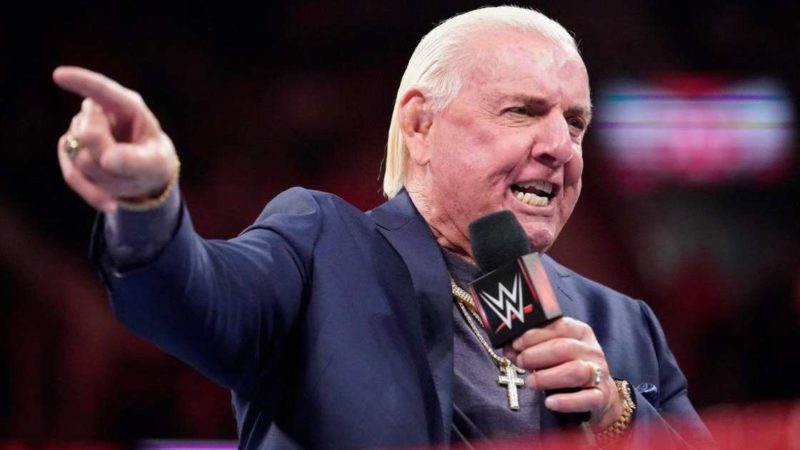 The two-time WWE Hall of Famer Ric Flair is a true wrestling legend and has been a part of the pro-wrestling industry for over several years. But, it turns out he has caused some trouble for the former ECW star Tommy Dreamer.

Tommy Dreamer appeared on last night’s Dark Side of The Ring, where he recalled the events of the Plane Ride From Hell, discussing Flair’s behavior during the event, and saying it was simply a “joke.” The incident had gained significant criticism following the airing of the VICE series. During the show, a flight attendant, Heidi Doyle alleged that Flair approached her and forced her to touch his penis, which Dreamer disproved. Doyle indicated that she did not believe Flair’s intention was to rape her in the allegations. Edge ‘Removal’ From Smackdown Stuns Fans

“He could move his hips, twirl it and so his well-endowed penis spins around like a helicopter. So, hey, he’s the Nature Boy for a reason, he’s got a hammer on him,” Before later adding. “Ric Flair’s not going to try to impose by force any sexual stuff onto anybody. He’s just flaunting, styling and profiling, doing the Ric Flair stuff where everybody’s going to laugh about it. But obviously, someone took offense to it.”

Impact Wrestling’s Ed Nordholm issued an email to the company’s roster and staff today as he announced that Tommy Dreamer was suspended indefinitely going forward. The email saw Nordholm stating that the company was informed about the comments Dreamer made on last night’s Dark Side of the Ring and they were “out of line with our core values” as a company. Nordholm stated Dreamer was “asked to leave effective immediately” from Nashville, TN and was suspended going forward.

According to IMPACT officials, Dreamer will not be at this weekend’s shows. Fightful reported that during the production meeting the staff was informed that Dreamer would not be present at this weekend’s Nashville taping for the brand. Impact have announced that he is suspended indefinitely, meaning he may be fired after defending Flair’s alleged actions.

Wrestling veteran Rob Van Dam had backed up her claims. WWE and Doyle settled a lawsuit regarding the Plane Ride From Hell, as covered in the show:

“If that’s how she felt, maybe she should have not taken a payout and went to the fullest extend of the law to then truly put this heinous person in jail. My opinion,” Dreamer added, before saying that today, those actions aren’t acceptable, noting that people are offended over anything, including his double ponytail. “I feel this is trying to portray someone as a sexual predator, and it’s not. It’s a joke. It’s a gag. Today, it’s 1000% inappropriate. My hairstyle in inappropriate right now. I’m somehow offending someone right now with my double ponytail. How dare I have two ponytail? My answer is I’m 50 years old and I’m happy I have hair. If you’re asking me, I’ve hung out with Ric Flair. I’ve never seen him try to force his will onto anyone.”