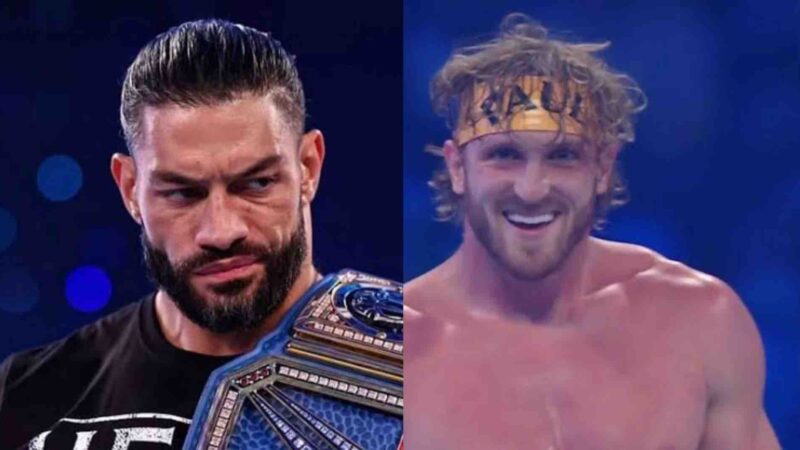 WWE has a packed SmackDown this week. The creative head of the WWE has invited Logan Paul to the show and the invitation has been accepted. Roman Reigns is at the center of the entire conversation as this is more than just a conversation.

This feud doesn’t involve titles, but Logan Paul is a possible opponent for Roman Reigns for the Crown Jewel show that is due to take place in November. Logan Paul has worked well in the WWE with him winning his SummerSlam against the A-lister.

Logan Paul has experience in the ring and knows how to pull a fight with anyone. The WWE Universal Champion appeared on Paul’s YouTube show ImPaulsive and it’s the focal point that started this feud.

The Head of the table asked his Wiseman to take care of the situation, until Triple H stepped up and asked Paul to be on the show.

Dave Meltzer of the Wrestling Observer Newsletter stated that this has all to be a buildup to the Crown Jewel event. He said:

It appears WWE is building to a Reigns vs. Logan Paul match. They did an angle on Paul’s podcast and this leads to Paul appearing on Smackdown on 9/16 in Anaheim. Unless things have changed and he’s added to the 10/8 show in Philadelphia (and Reigns has never been advertised for that show), his next title defense was to be in Saudi Arabia on 11/5. Unless this was a late addition, this would answer the question as to why Reigns had to win in the company’s eyes at Clash of the Castle.

It’s a given that Paul won’t defeat Reigns at the show. This is a way to keep Reigns involved in the Crown Jewel event without involving his titles. Paul will appear on SmackDown tonight, but Roman Reigns is reportedly not at the show according to Xero News.

Do you have any other thoughts about this situation? Sound off in the comments.

Solo will defend his title vs Madcapp Moss