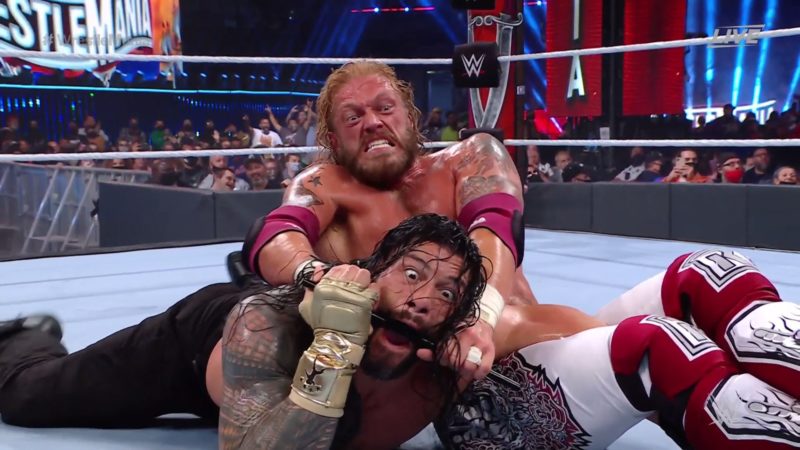 As it turns out he has returned as a babyface which was alos speculated in the past.

Edge made his first appearance since WrestleMania 37

Ringside News had questioned  about Edge’s return and it was reported that bringing the Rated-R Superstar was not a last-minute decision. It has been on the cards for quite some time now.

Reports also suggest that WWE is planing for a match between Edge and Seth Rollins  for SummerSlam pay-per-view in August, so Reigns vs. Edge will be one and done.

It is noted that Edge simply made his return with a big surprise before Money in the Bank in a move that fans were not expecting. Roman Reigns is also slated to work SummerSlam event as his is likely to face John Cena.

It was reported at the time that deal offered to Edge has $3 million a year, and he will be paid in full as long as he performs at a minimum of three times per year. He is also set to make 25 more appearances. We will see how the storyline continues.