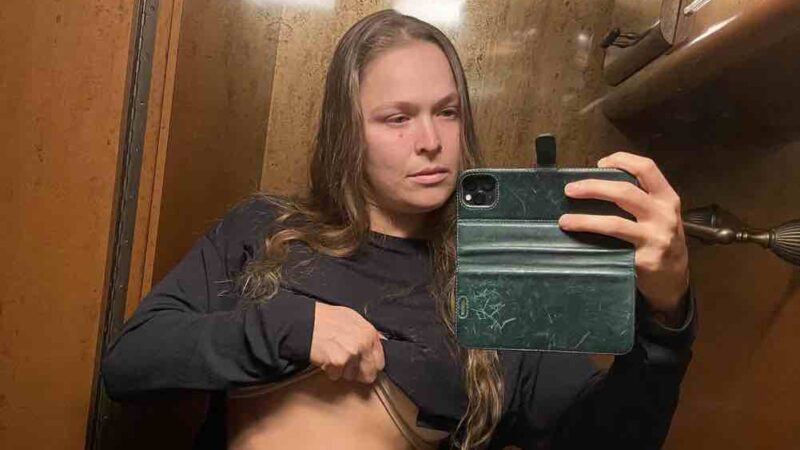 Ronda Rousey has posted new WWE dressing room photos, including one where she shows her abs.

AEW star CM Punk is having a great run in the promotion after he made his return to pro-wrestling following a hiatus of seven years. He had left WWE back in 2014 and decided to try out his luck in UFC but that was a forgettable attempt. He had a short-lived UFC career. Punk lost all the UFC matches he fought when he signed with the promotion. He lost his debut match at UFC 203 in 2016 and then the second match as well at UFC 225 in 2018. This eventually led UFC to release Punk. Now, former WWE RAW GM Eric Bischoff recently took jabs at Punk’s failed run in MMA.

Bischoff quite active on Twitter user and often interacts with fans on the platform. His recent argument on the social media website turned into making fun of Punk. It all started when Bischoff shared a clip from his podcast, where he gave his thoughts about the growth factors of wrestling promotions.

Punk previously claimed about being a bigger deal than the likes of Kevin Nash, Scott Hall, and others. Bischoff poked fun at Punk for pulling “lame” numbers on AEW TV. To support his claim he even shared a graph depicting AEW viewership.

A fan chimed in and brought Punk’s failed UFC career into the Twitter thread and wrote, “And let’s remember when he tried to get into a REAL fight [laughing emoji].” Bischoff was quick to reply to the fan and said Punk was wrong to think he could win real, non-scripted fights.

You can check out the Eric Bischoff’s tweets below:

AEW’s entire presentation is just a rip off of Nitro. The look of the show, the interviews in aisle. If they are going to pride themselves on being so original and so much better than WCW, then maybe they should stop trying to re-create it. Everything AEW does, WCW did first

I'd argue that had WCW catered MORE to the hardcore fan, and tried to keep them happy by not devaluing beloved babyfaces and doing more with their great undercard, they would've staved off the precipitous decline they had in 99. Their wrestlers>WWF's and didn't take advantage. https://t.co/IRchE8FjzD