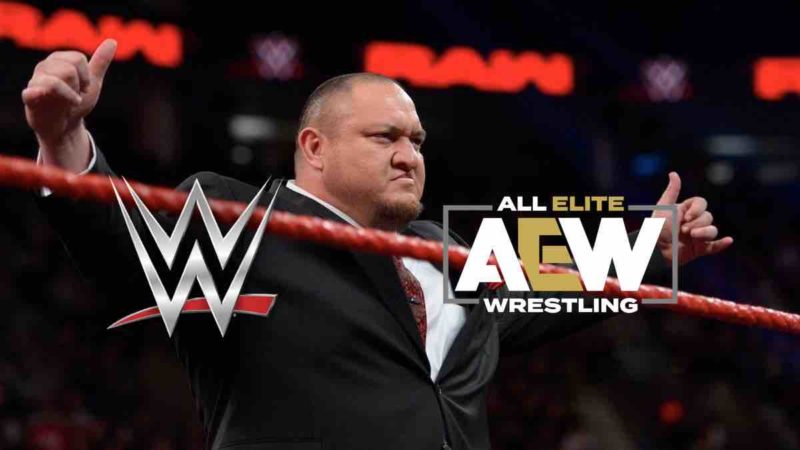 The former WWE star Samoa Joe was one of the top names who was released by the company during this year’s budget cuts for COVID-19. Many fans have been wondering what is in store for the veteran wrestler.

With AEW Double or Nothing set to take place in few hours, fans have been speculating if Joe would make an appearance at the event.

But, it turns out he is currently under the 90-days no-compete clause which will keep him away from making any TV appearances on any wrestling events until July. But, once it gets over, he could certainly make his way to the promotion. WWE ‘Bury’ AEW Female Star In Photo

Jericho had previously said he’s a fan of Samoa Joe and it would be good for AEW to have someone like him on their roster.

“If it’s the right place for someone to bring in, we’ll do it,” he added. “I’m a huge fan of Samoa Joe. You can always use a guy like him on your roster. A lot of guys might have to take the international route or the independent level until they can be at the level to come to AEW. There are a lot of talented people out there and obviously, AEW is where they want to come to,” said Jericho.

Samoa Joe would certainly be a big acquisition for AEW and a great addition to their roster if he turns up.

There has been talks that a ex-WWE was slated to join AEW who could even debut at Double or Nothing pay-per-view tonight. We will see what surprises unfold at the event.