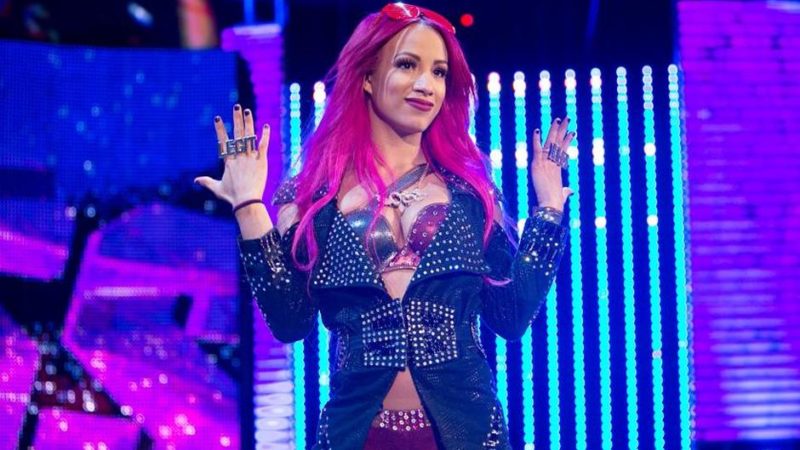 Sasha Banks was recently interviewed by WNS at this link and below are some of the highlights, as well as the video:

Her chemistry with Bayley

It was a love/hate relationship. We have so much in common. We love this business so much and you know talking to her more, her dream was to be a wrestler when she was 10. My dream was to be a wrestler when I was 10. I wanted to change the definition of what it was to be a woman in WWE and she had the exact same feelings. So, it was just that mutual love for this knowing that we always wanted to steal the show. And getting the opportunity at NXT Brooklyn and just hearing that crowd. We tore the house down. Honestly, I can’t wait to do it again. I can’t wait to tie up with her again. But, that’s all in due time. Ever since then, from that very moment the women’s revolution has just been taking over. And from there I got to main event a WWE pay per view with Charlotte at Hell In A Cell. The first ever woman’s match in hell in a cell and it’s been just such a whirlwind of excitement. It’s so crazy.

How she felt before her Hell in a Cell match

First of all, I came out in an SUV I wasn’t really walking because I’m The Boss you know what I’m saying? It was in my hometown and I remember being like “holy crap man! We are making history” It’s moments like that where you just have to stand still and look around. We’ve come such a long way for the women and the men. But even then, getting to be part of Wrestlemania and having these great matches. The Smackdown women are going to be competing in the first ever women’s Money In The Bank. Of course I’m really jealous but I’m so happy to see where this Women’s division has taken it and grown. It’s so incredible.

Being part of the WWE Women’s Revolution

Women are taking over the world right now and it’s such an honour to be part of it. I always knew I wanted to change the definition of what it was to be a diva and now we’re not divas anymore. We’re superstars because we are equal and can do it just like the men. We can main event like them, we can take over Pay per views. We can just chill out and show we are better than all of them. It’s a huge honour and we still have a lot more to do. A lot to overcome but we are in the right footsteps and we’re just going to keep on going up.

Her next WWE challenge

I want to main event Wrestlemania. That’s the number one goal. It’s crazy knowing I’ve only been on the main roster for 2 years and I’ve done so much, accomplished so many things, done so many first time evers. It gives me goosebumps thinking I’ve done so much and everything I’ve ever dreamt up I’ve accomplished. But main eventing Wrestlemania is the number one goal right now.