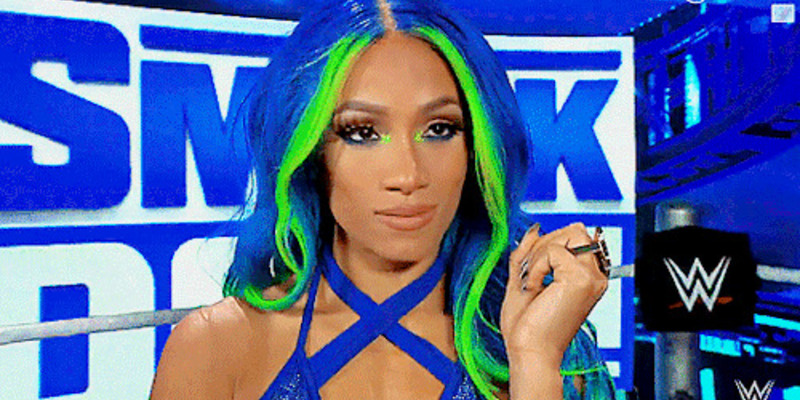 WWE star Sasha Banks has been on hiatus since she lost the WWE SmackDown Women’s Championship against Bianca Belair at WrestleMania 37. Fans have been eager to know when she is going to return.

Billi Bhatti recently reported on The Nitty Gritty Dirt Show on RussosBrand.com with Vince Russo that Banks will return to face Bianca Belair at SummerSlam. It could be possible that The Boss could be back to get in pursuit of the SmackDown Women’s title.

This is not the first time she has been on a hiatus. She also took a lengthy break a couple of years back. Jon Moxley ‘Crazy’ Haircut Photo Stuns Fans

During her appearance on the popular sports talk program, Banks opened up on her decision to take a break from the WWE after WrestleMania.

Here is what she had to say:

“It was from everything. From that grueling schedule and never getting to take in those wins and understanding those victories, taking my losses really, really hard and just being a baby. I started wrestling when I was 18, got signed when I was 20, straight on the road when I was 23. Just had that nonstop career of being Sasha Banks when I was 20 years old, and having my hair color change and not seeing my real hair for so long. And just losing, kind of myself and I lost my name. Not even my mom called me Mercedes.

“My friends didn’t call me Mercedes. They called me either The Boss or Sasha Banks. When I was at home I was really lost and confused. I looked at myself in the mirror and I just was not happy. This girl who was so obsessed with being a WWE superstar, it felt like her dream was coming to an end and it was everything I ever dreamt of as a kid anymore. I didn’t want to hate something that I’d loved my whole life, so I told myself I needed to take a break and walk away from it to find myself. To find out who Mercedes was. Cause at that point, all I knew was Sasha Banks.”

We will see if Banks returns at SummerSlam which is set to take place on August 21.