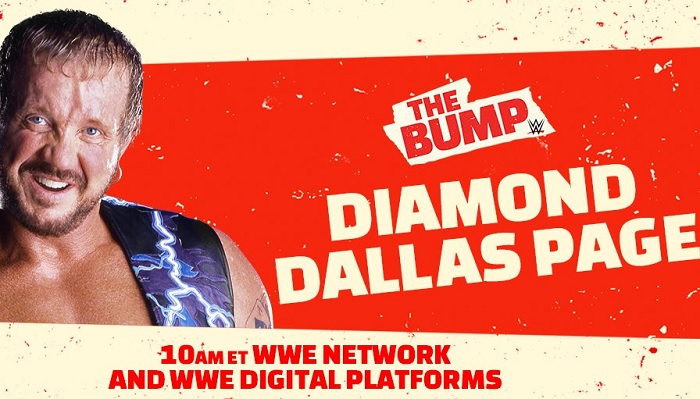 WWE's The Bump gets DDP and more for 10/21 episode

WWE’s The Bump is coming correct this week!

Another jam-packed lineup is set for this week’s episode of “WWE’s The Bump” following a pair of announcements released via WWE’s official Twitter feed on Tuesday afternoon.

Priest and Garcia were previously announced for the show, which added Rollins and DDP to the guest-list for the 10/21 episode, which streams live starting at 10am Eastern Time across all of WWE’s digital platforms.

Check out the announcements for the guests on this week’s installment of “WWE’s The Bump” below.

Get ready to feel the BANG when WWE Hall of Famer and 3x WCW Champion @RealDDP of @DDPYoga comes to #WWETheBump tomorrow! pic.twitter.com/AMGtTqPRbN

There's no party like an @ArcherOfInfamy party as the #WWENXT North American Champion joins us on #WWETheBump tomorrow!

(HOPEFULLY he liked our sweet photo we posted this week…😬) pic.twitter.com/k6tjrvMJMk

She's a beloved member of the WWE family and the host of #ChasingGlory! (Coming to @WWENetwork!) @LilianGarcia is ready to INSPIRE tomorrow on #WWETheBump! pic.twitter.com/j6e7NDSjfO