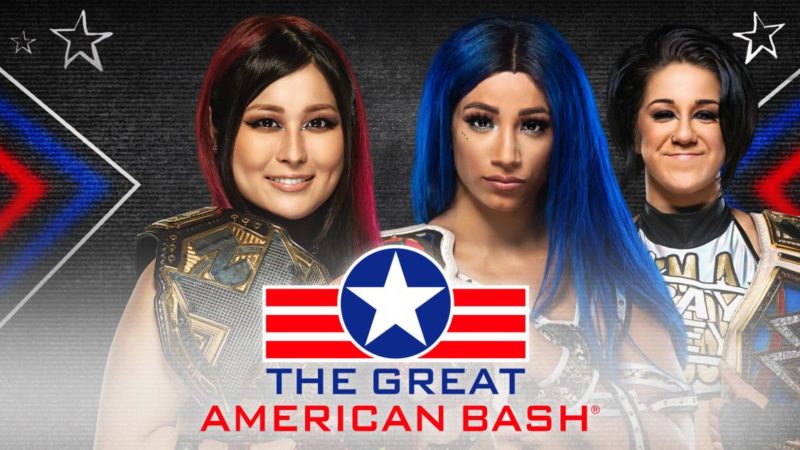 In what could be a dream match and one of the biggest Women’s division matches to take place on national television (we are excited), Sasha Banks vs. Io Shirai is set to take place in a non-title match on the first night of NXT’s Great American Bash pay-per-view.

It seems the past and the present are in conflict once again and the #WWENXT Universe will have the pleasure of seeing it happen. It is OFFICIAL.

‘The Boss,’ alongside Bayley Dos Straps, initially laid down the challenge to the NXT Women’s Champion via Twitter yesterday:

The Genius of the Sky also took to Twitter to respond:

The match will see Banks getting to live her dream of squaring off against two of three three joshi legends contracted to WWE. She of course is already set to face Asuka for the Raw Women’s title on July 19 at Extreme Rules.