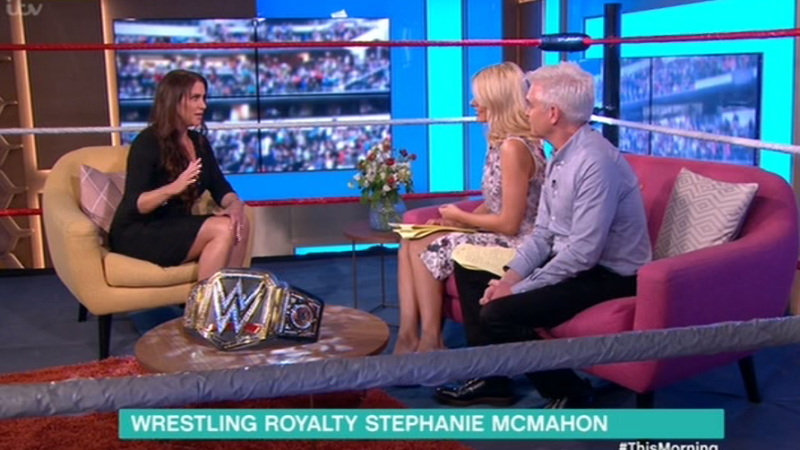 WWE power couple Paul ‘Triple H’ Levesque and Stephanie McMahon have done a good job of keeping their three daughters out of the public eye, however on occasion the proud parents will talk about Aurora, Murphy and Vaughn.

During an appearance on ITV’s This Morning in the UK, Stephanie spoke about whether her girls watch the product, and if they would like to follow her into the business:

They do watch it, my oldest and youngest in particular.

“My oldest would love to be the women’s champion and my youngest wants to marry John Cena – so she needs to hurry up because he and Nikki Bella are now engaged.

“It is conflict resolution and the only difference is ours are settled in the ring in some great live action.”

And yes, Stephanie McMahon is in the UK so may well appear on Raw today.