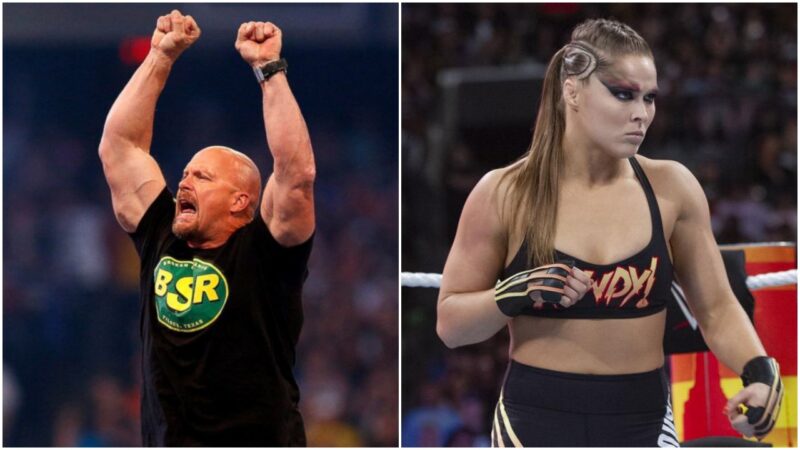 Speaking on her vlog, Ronda Rousey revealed she lactated on Steve Austin once.

“Oh my god, I lactated on Steve. I call him Steve now because once you lactate on somebody, you’re on a first-name basis but he was really cool about it. And now I can say probably only me and Kurt Angle have got milk on Steve Austin. And that’s a great company to be in. It was homogenous.”