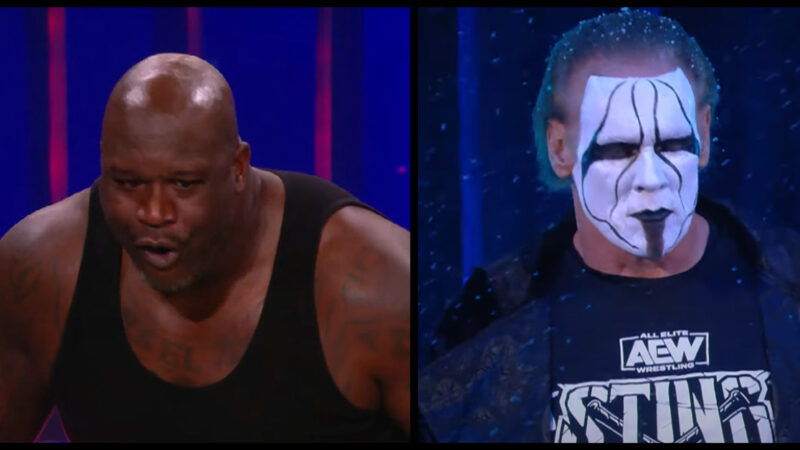 A match between the two was first teased back in 2009 on an episode of Monday Night RAW. After that, O’Neal and Paul Wight had another interaction at WrestleMania 32, where they competed in the Andre The Giant Battle Memorial. WWE Sell Vince McMahon Dollar Bill For Insane Price

While speaking on the Insight with Chris Van Vliet podcast, Paul Wight made it clear that he believes the long-awaited match against Shaquille O’Neal will finally happen in AEW.

“I think it will happen now because there’s not as much red tape. I mean, he’s already competed here in AEW, had a great match with Cody Rhodes, Jade Cargill and Shaq versus Cody Rhodes and red velvet. That was an incredible showing for Shaq. So hopefully, we’ll be able to cut some more red tape and make that happen. He’s been hitting the gym lately. Shaq is pretty big right now like he’s a huge Shaq. I guess it is the best way to look at. I think he’s a little nervous about me, so he’s putting on a little size.”

Paul Wight also wants a bout with Sting as well

Sting is a veteran in AEW and Wight is also considering a potential match with ‘The Icon’ in the AEW ring. While speaking on ESPN’s SportsNation, Wight talked about fellow WCW star Sting and made it clear that he really wants to face off against The Icon inside the squared circle somewhere down the line.

“[Sting’s] still got it. Sting number one is one of the nicest guys you will ever meet in professional wrestling. Just to know his athleticism and for me, when I started my career in 95’ for WCW, he was the franchise for World Championship Wrestling and had multiple championships then and was a huge fan favorite. And then how he’s adapted his career and still at 62 years old and competes like he does, just shows his commitment to taking care of himself and living the good life.”

Wight is to make his in-ring debut soon at All Out against QT Marshall.