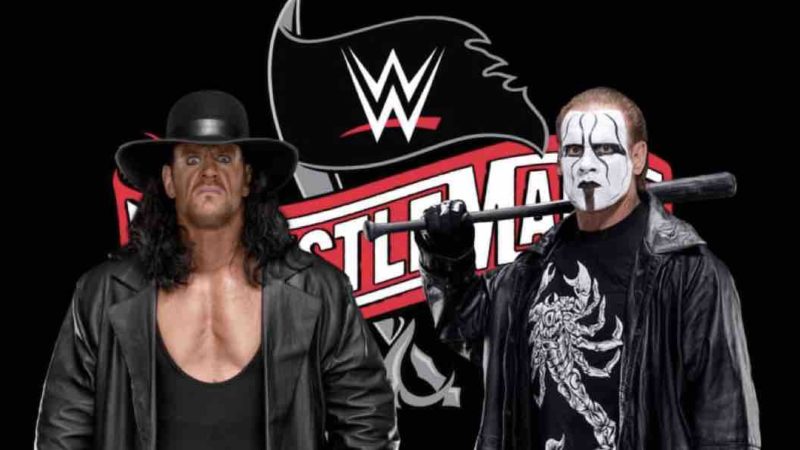 WWE Hall of Famer Brian James, also known as Road Dogg recently reflected on one of the biggest dream matches in pro wrestling that never took place. He talked about whether WWE ever planned to book a match between WWE Hall of Famers Sting and The Undertaker.

Road Dogg opens up on the dream match

Taker and Sting are two of the biggest names in pro wrestling as they dominated WWE and WCW respectively in the 90s. Many fans wanted to see a dream match between the legends when they both performed in WWE in 2015. However, their paths never crossed.

James, a WWE producer at the time, later became a key member of the company’s writing team. Speaking on Sportskeeda’s “The Wrestling Outlaws” show, he confirmed that Sting vs. Undertaker was never in the cards.

“No,” James said. “The only talks of that were dream match talks in the writers’ room and on chat rooms and stuff, ‘Oh, man, that was the match.’ I talk to people that still want that match today. I do not want to watch that match today, if I’m just being honest with you, but [it] would have been a great match back in its prime with two doctored-up entrances, like they do at ‘Mania, and have that match. It would have been iconic, for sure.”

Although WWE Hall of Famers Steve Austin and Goldberg were often compared, James believes fans were more drawn to a possible Sting vs. Undertaker contest due to their iconic gimmicks:

“I don’t know, maybe it’s the characters,” James continued. “It’s almost two supernatural characters. You wanna suspend your disbelief so far that you go, ‘One of these guys is gonna shoot rays out of his eyes and kill the other guy!’ I think there’s something to those two dark yet iconic characters clashing.”