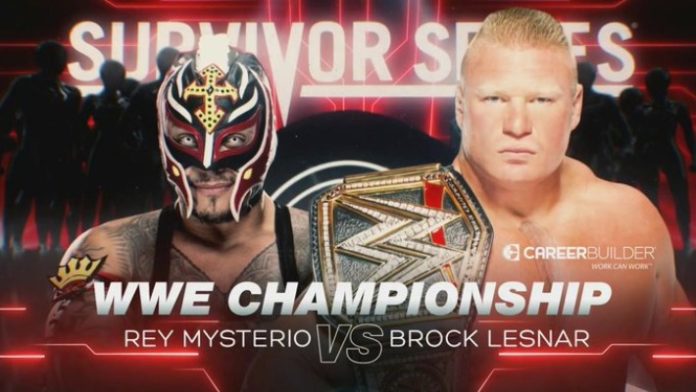 Rey Mysterio will be challenging Brock Lesnar for the WWE Championship at Survivor Series this Sunday. Now it seems a stipulation has been added to the match.

Paul Heyman appeared in a backstage segment during this week’s episode of Monday Night RAW. He said he was asked to come in and talk about Mysterio and Lesnar’s feud. After which, some highlights were shown.

After the story of their feud was done, Paul Heyman said that Rey Mysterio will be facing Brock Lesnar in a No Holds Barred match at Survivor Series.

Heyman did not give spoilers this time around. He simply said it was going to either be a miracle or a massacre.