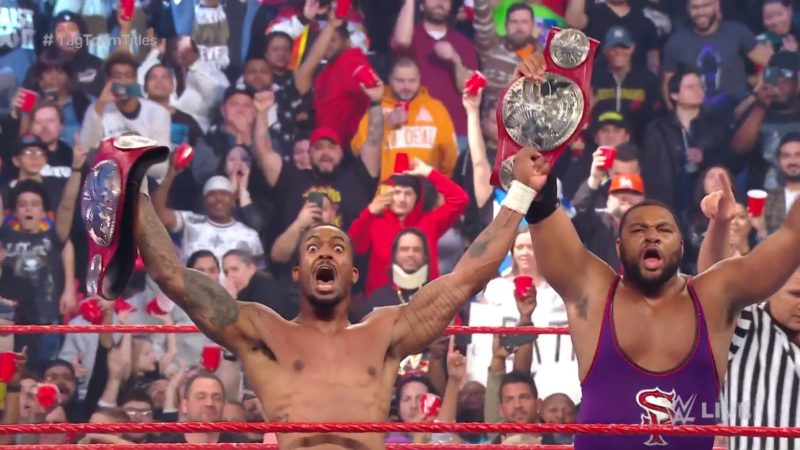 As seen on this week’s episode of RAW, The Street Profits faced Seth Rollins and Murphy for the RAW Tag Team titles. This was a rematch from the Super ShowDown pay-per-view.

After a match that saw interferences from AOP and Kevin Owens, The Street Profits were able to overpower Rollins and his disciple and get the smoke. Ford and Dawkins got the pinfall victory and became the NEW RAW Tag Team Champions.

The arena gave Ford and Dawkins a huge pop for their title victory and a post-match celebration was had. Angelo Dawkins and Montez Ford finally have the smoke that they so desperately needed.