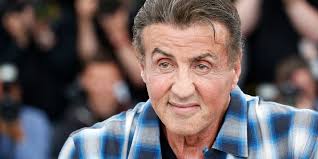 Sylvester Stallone’s daughter just posted up some photos of herself in a cowboy hat on Instagram and it seems to be really breaking the internet right now as fans of hers and her father’s are flocking to the post to leave comments as well as likes.

Sophia Stallone is on Instagram and racking in the likes as she took to her own account to post up photos of herself wearing a cowboy hat and looking great in a white shirt and jeans as well. Check it out below.

With Sophia doing her thing, her dad, Sylvester Stallone has posted a new Instagram video of him with his new dog, and it seems perfectly in line with his personality. According to Stallone’s post, his new “four legged friend” is named Dwight. In the video, Stallone and Dwight appear to be getting along well in their initial meeting.

Dwight is a large, strong dog, but when Stallone scratches and pets him, the dog seems to warm up to him quickly. The voices off-screen even find this notable as Stallone continues to be affectionate towards Dwight. Like Stallone in his own on-screen roles, Dwight may look tough, but he seems to have a soft and lovable heart. Stallone even honors one of his roles through the name choice. In the post, Stallone references that Dwight is named after his “characters [sic] name from the Series.” The “series” in question refers to upcoming show Tulsa King, where Stallone plays a former Italian mobster Dwight “The General” Manfredi.

This dog post serves a dual purpose. For one, it creates an adorable look at Stallone with his new pup, appealing to fans of the actor who are familiar with his personality on- and off-screen. Secondly, it creates further hype for Tulsa King, which is set for a series premiere on Paramount+ on Nov. 13. As Stallone plays an aging mafia man, viewers can get another glimpse at Stallone’s career as he continues his roles into a new era of his life. Perhaps Stallone will post more with his character’s namesake dog in the months leading up to the Tulsa King premiere.