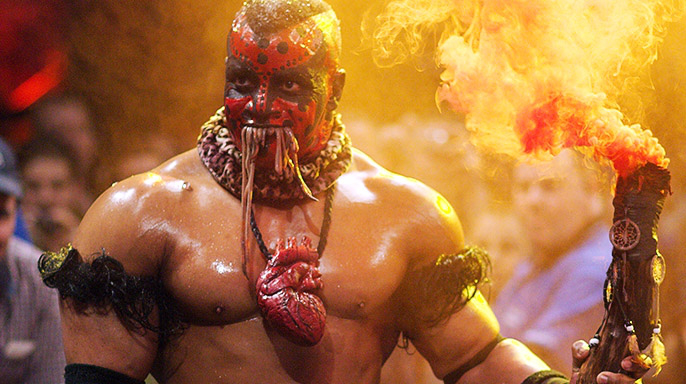 UPDATE: WWE confirmed the news by posting the following on WWE.com:

As he revealed on Friday via Twitter, The Boogeyman, one of the scariest Superstars to ever set foot in a WWE ring, has signed a WWE Legends contract.

Both through his powerful arsenal and his macabre tactics that included an abnormal affinity for worms, The Boogeyman made quite an impact during his WWE tenure. The creepy competitor terrified opponents in WWE and ECW, which included a heated rivalry with WWE Hall of Famer Booker T that led to a victorious effort for the nightmare-fueled Superstar at WrestleMania 22.

ORIGINAL: Former WWE star The Boogeyman has signed a Legends contract with WWE. He tweeted out the following:

He started with WWE back in 2005 and worked in OVW before being called up to the main roster that same year. He worked in WWE from 2005 through 2009 before being released. He was last seen on WWE television at the 2015 Royal Rumble event where he appeared in the match as a surprise entrant and appeared on a few WWE Network programs.