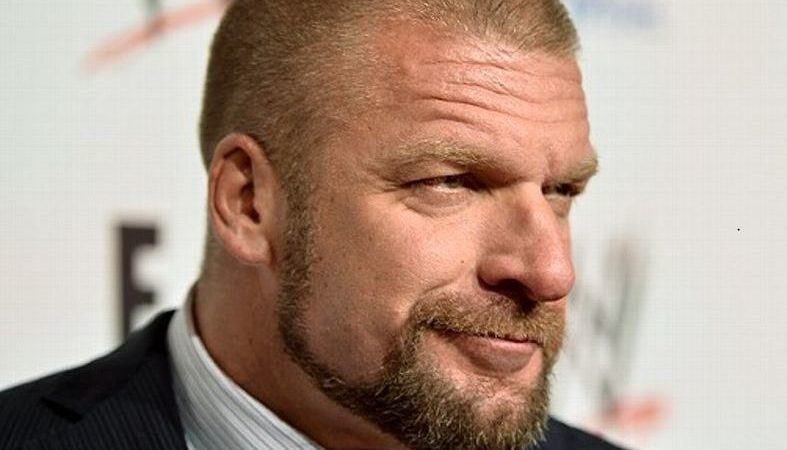 – Above is Triple H’s latest interview with Michael Cole. Below are some highlights:

* Cole said he got goosebumps when The Rock returned on RAW. Triple H called it one of the most electrifying moments in the history of RAW. He talked about how it’s remarkable to keep a secret these days. Triple H thinks it’s awesome that as big as Rock has become in Hollywood, you can see that there’s nothing in the world like getting into the ring for him.

* Triple H said it’s a testament to Rusev and Lana right now that The Rock found the time to come back and address the two. Triple H said Rock doesn’t make that time for just anybody.

* Regarding John Cena vs. Dean Ambrose at Hell In a Cell, Triple H said you have to give the fans what they want. They want to fight over who gets Seth Rollins inside the Cell, then so be it.

* Friday’s SmackDown will be the 15th anniversary show and Triple H calls that unbelievable. Triple H joked that maybe dieting is why he looks so much better than Cole does 15 years later. He pointed out that more SmackDowns have happened in Philadelphia than anywhere.

* Triple H talked about The Rock having a segment on SmackDown. He says they had a conversation after RAW and cameras were there.

* Cole brought up a possible wrinkle in the Cena vs. Ambrose match that will be revealed on SmackDown, referring to the stipulation. Triple H said they’re making the match better and called SmackDown must see TV.