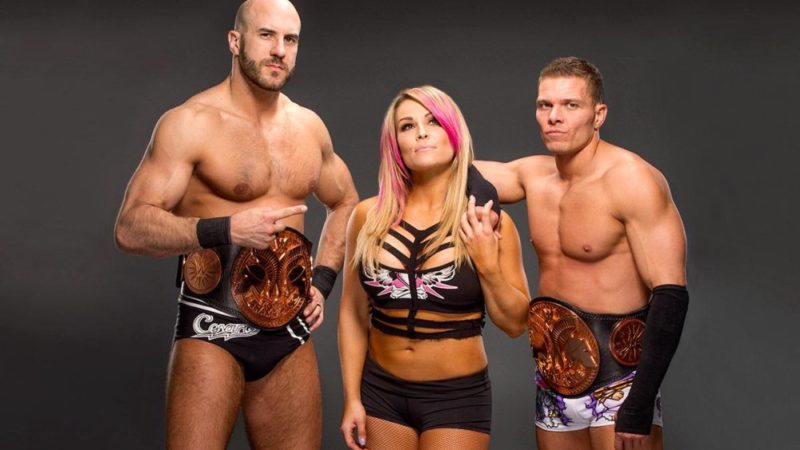 – Tyson Kidd posted this on Twitter about his former tag team partner Cesaro:

I was lucky enough to have him as my Tag Team partner…But he's always been a World Champion. #Cesaro4Champ pic.twitter.com/1SmZ7d3S9A

– WWE is selling a Gobbledy Gooker T-shirt on ShopWWE.com for $24.99. You can see the shirt as well as the description of the short and the background of the character here:

In the autumn of 1990, World Wrestling Entertainment literally laid an egg. In the weeks leading up to that year’s Survivor Series, a giant shell began appearing at WWE events all across the country. What was inside this prehistoric-sized egg was a complete mystery to everyone in the WWE Universe, but speculation still ran rampant. Was it a famous World Champion waiting to make his WWE debut? Could it be the first grappling dinosaur in sports-entertainment history? All these questions were answered at Survivor Series on Nov. 22 when the egg finally cracked. With the trustworthy “Mean” Gene Okerlund standing by, the shell broken open and one of the most disappointing personas in WWE history made its first appearance. Known as The Gobbledy Gooker, this 6-foot turkey was greeted by a chorus of boos from the disappointed crowd of 16,000 fans in the Hartford Civic Center. Instead of a returning Superstar or a beautiful woman, the fans got a walking Thanksgiving dinner.

– Summer Rae has chimed in on the Twitter feud between Paige and Lana from Tuesday morning:

Bullying is a very real & serious thing happening today. This word should not be thrown around lightly as it can be damaging if someone is

falsely accused. @RealPaigeWWE is no bully in or out of the locker room.