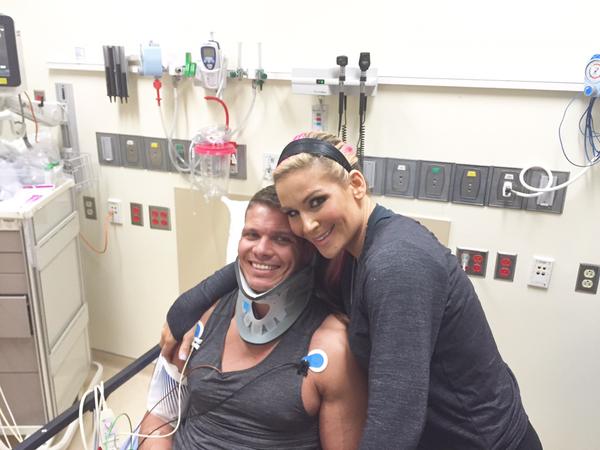 As reported earlier on the site, Tyson Kidd commented on his neck injury that he suffered in a match against Samoa Joe a few weeks back in a dark match prior to an RAW TV taping.

Dave Meltzer mentioned on the latest episode of the Wrestling Observer Radio that Kidd is having surgery on Wednesday. He would go on to say that the injury is just like Stone Cold Steve Austin’s and Edge’s neck injuries.

Kidd is expected to be out of action for the next fourteen months.

Mission Accomplished. Thanks for visiting today @titusoneilwwe… Really meant a lot! 💙・・・ Had to go visit 2Of the Hardest working&Toughest people I know @NatbyNature @KiddWWE congrats on a successful next surgery 2Day @KiddWWE My Prayers,Support&Respects to you my friend. Rest,Recover and above all else Keep your faith and Spirits up!! God Bless and I’ll see you soon✊🏼