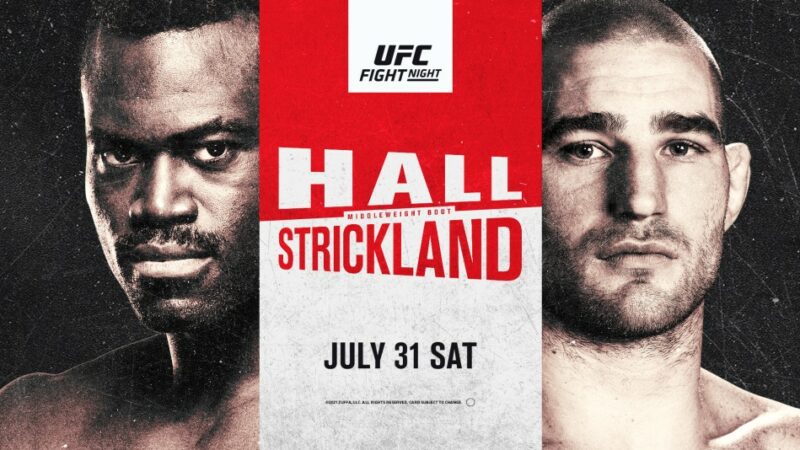 It has been noted that UFC Vegas 33 now has a 100% cancellation rate based on the originally-scheduled bouts, with the Cancelled Card now numbering 12 bouts, three more than the Confirmed Card.

UFC Vegas 33 has too many cancelled bouts

The fight day has seen a couple of more bouts nixed from the card. It includes the co-main event. The Brazilian bantamweight Rani Yahya, an on-the-record anti-vaxxer, confirmed on his social media that he’s tested positive for COVID-19. Obviously, his fight with Kyung Ho Kang is now off.

The co-mains for this card that have been nixed are: Sam Alvey vs. Roman Kopylov, Chris Daukaus vs. Shamil Abdurakhimov, Nikolas Stolze vs. Mounir Lazzez, and now Kang vs. Yahya.

The bout between Nikolas Stolze and Jared Gooden has also been scrapped off the event for some unknown reasons. Gooden stepped up on short notice and made weight but evidently, he won’t be fighting at all.

UFC Vegas 33 had 15 fights and now has just nine. The main event is still Uriah Hall vs. Sean Strickland. 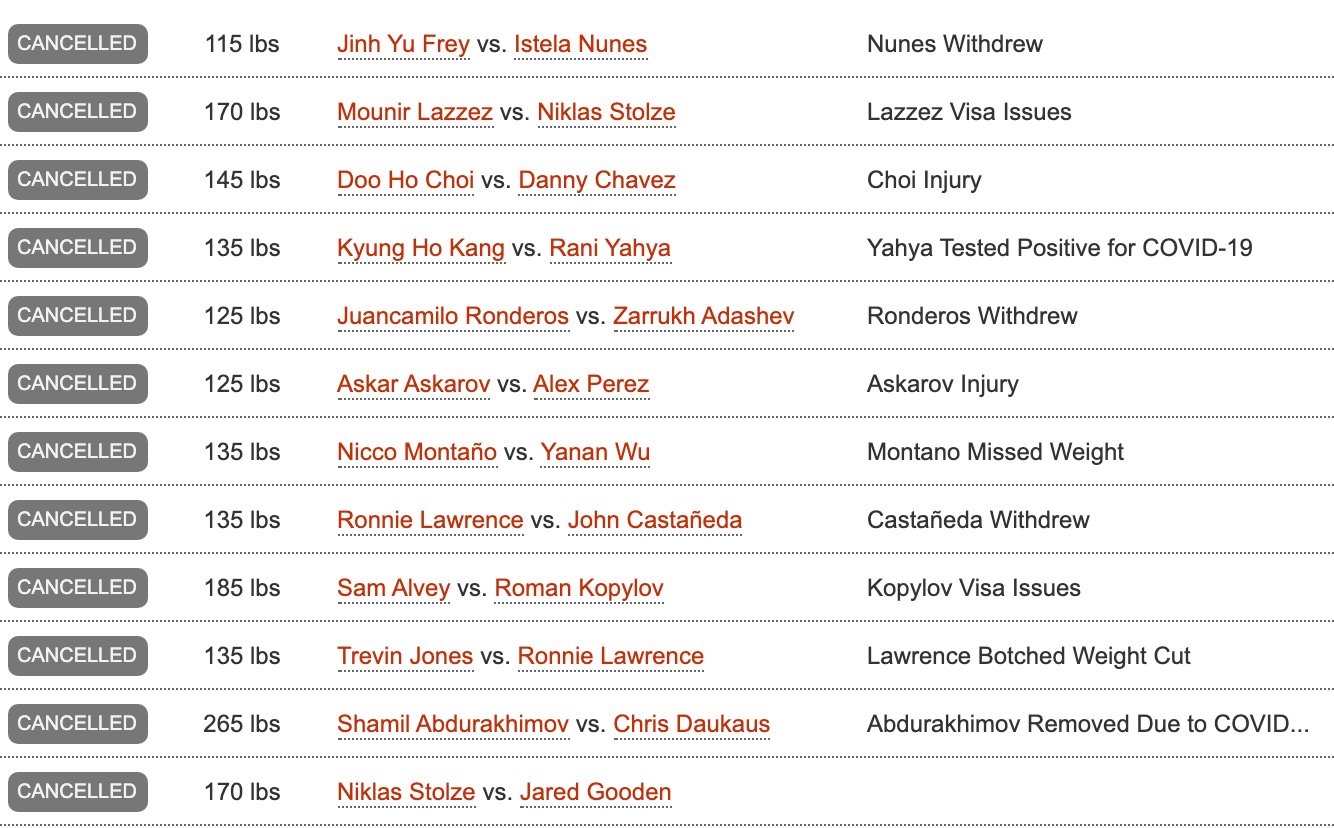