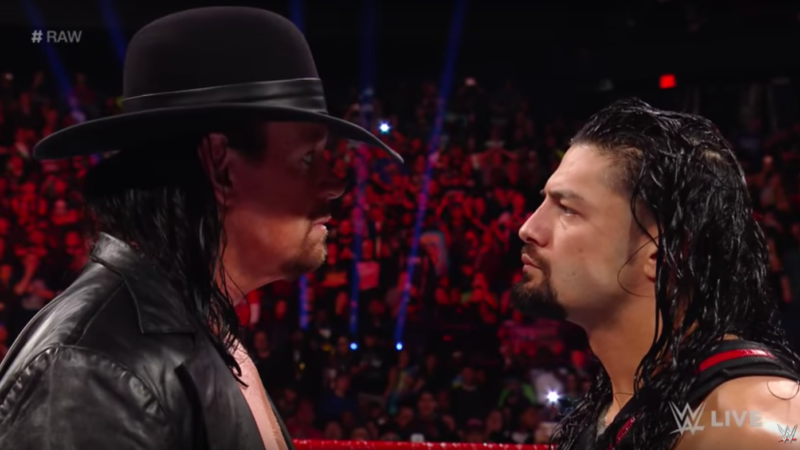 According to Wrestling Observer, WWE wants to make the upcoming SummerSlam PPV ‘Huge’ and for doing so, they are reportedly planning a mega WrestleMania rematch for the show.

The Observer notes that the company is working to plant seeds for Roman Reigns vs. The Undertaker II for the biggest event of the summer. It’s not confirmed yet, but that’s what the company wants you to believe.

This is a huge and unexpected news as the majority of the WWE fans believes that after WrestleMania 33, Taker is finally done with wrestling and he will never return.

However, if the Dead Man does come back, it would be one of the biggest selling points for SummerSlam, though it will make his emotional farewell at WrestleMania 33 pointless.

We’d like to remind that this is just a speculation and unless WWE gives a clear hint about Taker’s return, this match is just a rumoured bout.