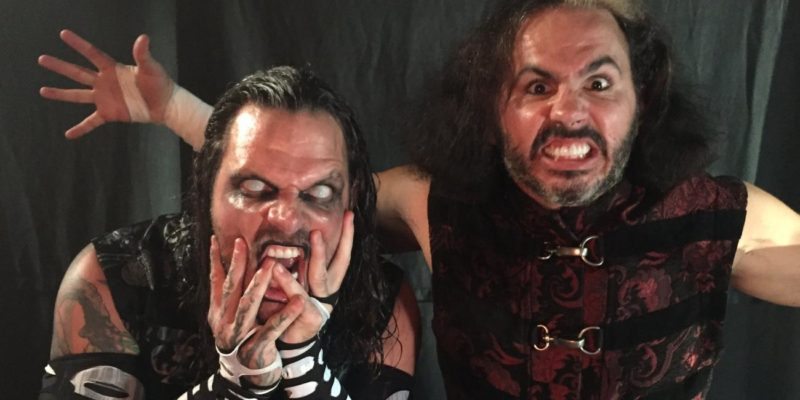 The Hardys would go on to win the ROH Tag Team Titles after a Twist Of Fate and Swanton Bomb:

After the bout Matt got on the mic and updated the pro wrestling universe on he and Jeff’s current Free Agent status:

“And now the greatest tag team in all of space and time are the Ring of Honor, the Honorable Ring, the ROH tag team champions of the world. Nero, you know a lot of people thought, whenever we left that dreadful TNA Many, many people speculated that we were going to sign a contract with the [mumble] MeekMahan. Now myself and the nefarious Nero, we exist on the plane known as the Honorable Ring. And the Bucks of Youth used to have the biggest contract in ROH history… until the Hardys signed a contract. And this is only the beginning! We will be on the 15th Anniversary show on pay-per-view Friday. We will be at the television tapings on Saturday. We will be in Lakeland on April 1st. And now the Hardys house their talents and their vessels where the greatest wrestling in the world resides… ROH!”

The Hardys are still set to take on The Young Bucks on Wrestlemania weekend at SuperCard of Honor. Perhaps the Hardys are just building up a small angle with the Bucks before they depart for WWE once again. What are your thoughts?