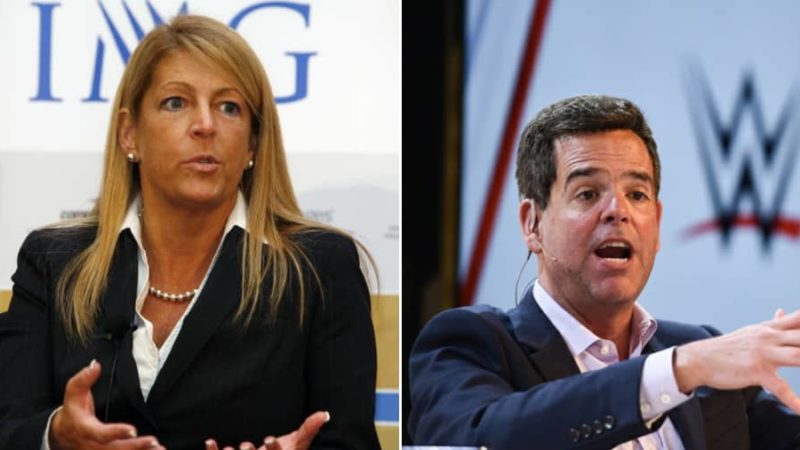 It has been announced that WWE Co-Presidents George Barrios and Michelle Wilson have been let go from the company. The company also revealed in a public release that Barrios and Wilson will no longer be a part of WWE’s Board of Directors.

The company’s stock plummeted and fell by approximately 20.5% to $49.79 within an hour of this corporate shake-up. Vince McMahon then went on to give out his comments about Barrios and Wilson’s exit in a press release:

I would like to thank George and Michelle for their 10+ years of service and contributions to the organization. I am grateful for all that was accomplished during their tenure, but the Board and I decided a change was necessary as we have different views on how best to achieve our strategic priorities moving forward.

We have a deep team of talented, experienced and committed executives across the organization, and the Board and I have great confidence in our collective abilities to create compelling content, engage our global fanbase across platforms, increase revenues, and drive shareholder value.

WWE is also scheduled to report its fourth-quarter and overall financial report for 2019 coming Thursday. Furthermore, WWE Board member Frank A. Riddick III has been named the interim CFO for the company.

Barrios and Wilson were both promoted to the position of “Co-President” in 2018. This decision came shortly after the company secured monumental TV deals for both SmackDown and RAW, both amounting to over $2 Billion.

There could be a lot more to this impromptu corporate shake-up than what meets the eye. We’ll report more on the issue as developments occur over the week.