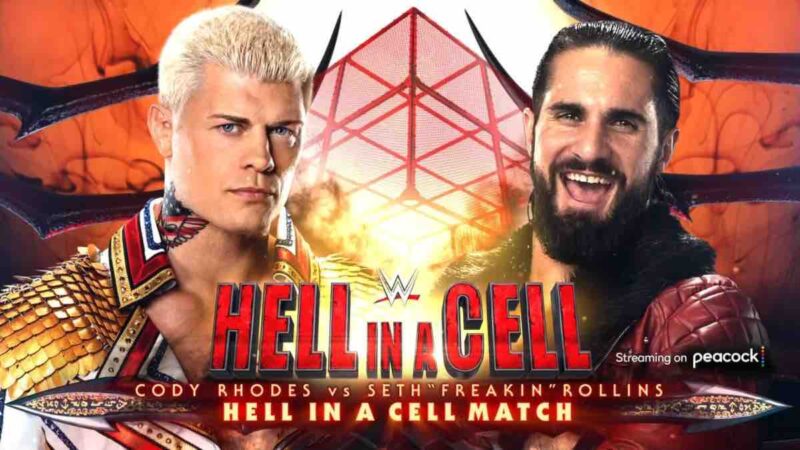 Cody Rhodes is set to square off against Seth Rollins inside the demonic structure of Hell In A Cell at this weekend’s namsake Premium Live Event. The betting odds have been released and that might have dropped some hints on the outcome of the match. This will be the third bout between Seth and Cody since the latter returned to promotion at WrestleMania 38. On two previous occasions, it was The American Nightmare who came out on top.


Cody Rhodes is likely to win the match

‘The American Nightmare’ had departed from AEW earlier this year and made a blockbuster return to WWE. He made his way to WWE at WrestleMania 38 and beat Seth Rollins in a back and forth match. Rhodes is also the favorite to win at WWE Hell In A Cell.

Rhodes and Rollins’ rivalry did not stop there as Seth Rollins and Cody Rhodes further intensified their rivalry after WrestleMania 38. It ended with them squaring off against each other at WrestleMania Backlash. As revealed by betting odds on the betting site betonline.ag, the “-” symbol and the underdogs have the “+” symbol.

While the card is stacked with some huge matches, WWE might not include some top champions of the company for the upcoming WWE Hell in a Cell Premium Live Event which is scheduled to take place this Sunday night. It has been noted that the match card is comprised mostly of RAW Superstars. It has been also noted that multiple champions on SmackDown will reportedly not defend their titles at the event. Ronda Rousey will also not defend her title against Natayla, as that match is scheduled for a later date. We will have to see which matches take place at the show.