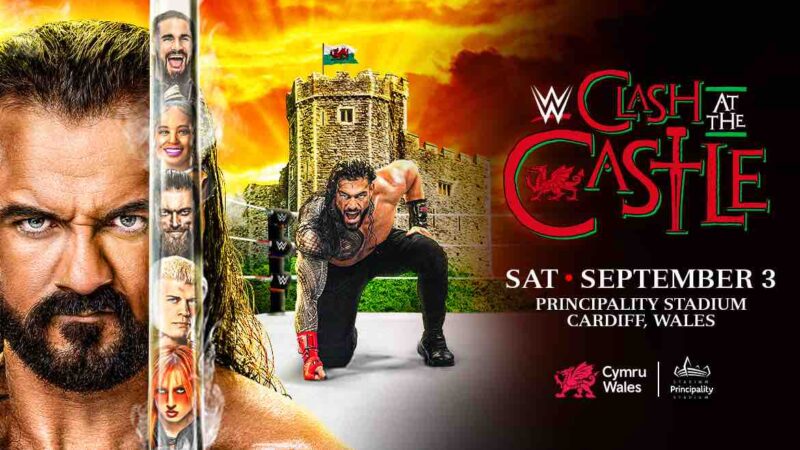 Tyson Fury has agreed to return to WWE at Clash at the Castle, but he won’t get physical, according to Give Me Sport.


🚨 Sources close to Tyson Fury tell me that 'The Gypsy King' will be in Cardiff for WWE Clash at the Castle this weekend. However, the undefeated boxer is not expected to get physical in any capacity.

Tyson Fury is returning to WWE, but two other stars aren’t. The former WWE Chairman Vince McMahon had reportedly tried to sign former Tag-Team Champions, Good Brothers (Doc Gallows and Karl Anderson) before announcing his retirement. However, the talks fell through and the signing was not sealed.

Karl Anderson and Doc Gallows were released from their WWE contracts back in April 2020. They went on to have great runs away from the Stamford-based company. Mike Johnson of PWInsider has now reported that there had been talks about bringing the tag-team back in WWE when Mr. McMahon was in charge.

“There had been overtures from WWE (the Vince McMahon-era regime, not the current regime) towards the team, but WWE sources indicate talks at the time fizzled when Gallows and Anderson, having already been burnt once when they signed to remain with the company instead of heading to AEW in 2019, instead found themselves released right after Wrestlemania 37 was taped.  So, they weren’t going to return on the cheap and that led to talks dissipating.”

The Good Brothers vs. The Motor City Machine Guns at the recent IMPACT tapings is reportedly the final scheduled appearance (for now) for Doc Gallows and Karl Anderson, who will be focusing on New Japan Pro Wrestling going forward. While it’s certainly possible that we’ll see Gallows and Anderson return to All Elite Wrestling down the road, they have committed to working with New Japan Pro Wrestling through next year’s Wrestle Kingdom event. Thus, they are unlikely to join any other promotion as of now.