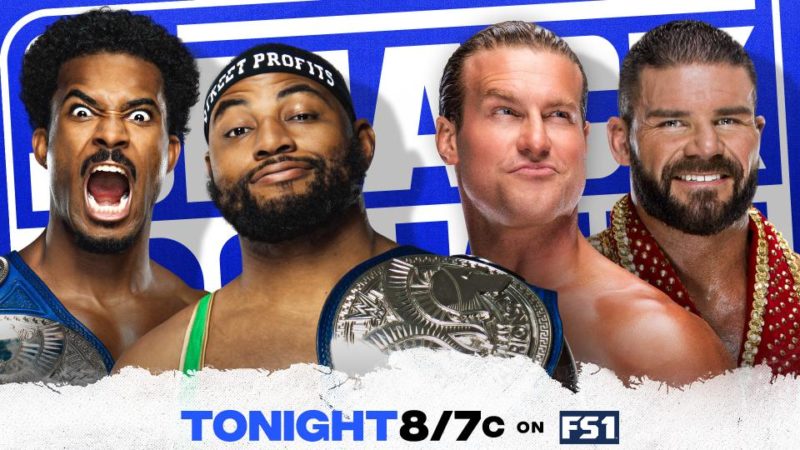 Welcome to Wrestling-Edge.com’s results for WWE SmackDown airing December 18, 2020. This episode airs on FS1 opposed to Fox, so the ratings will likely be lower than broadcast. This episode features a tag team match between Street Profits and the team of Roode & Ziggler for the SmackDown Tag Team Championships.


Kevin Owens opens the show to come down to the ring and sign the contract for Sunday. He claims that he told the family not to watch TLC because of what he’ll do to Roman. As he continues about the treatment Roman gives to his family, Paul Heyman interrupts via Titantron.

"I'm afraid of what what my family will think of me after what they see what I do to you at TLC." – @FightOwensFight to @WWERomanReigns #SmackDown pic.twitter.com/gTE4iyUylK

Heyman labels Kevin Owens a masochist, and quickly changes his thought to a martyr. Tired of Heyman’s speech, Owens sets off to find Roman himself. WWE Official Adam Pearce tries to stop him backstage, but we discover that Roman has decided to head to the ring instead. Roman offers the chance for Kevin Owens to acknowledge him as Tribal Chief or face destruction and demands the presence of Owens. As Owens makes his way out, Jey Uso pops out to attack him while Roman watches. After getting backstage, Roman realizes that Kevin Owens has not learned yet.

Roode and Ziggler start the match aggressive, working to prevent the Profits from engaging in humorous antics. They are successful in damaging the Street Profits to the point that when Montez delivers his frog splash, he’s unable to pin Ziggler. However through a surprise Roll-Up with held tights Street Profits do get the win against RooDolph.

After the match, They get into an argument with referee Charles Robinson who threatens them with suspension if they continue to argue. Shockingly, they just walk away.

Kevin Owens is backstage when Jey Uso attacks him once again, trying to get him to stay down and out.

Carmella is in the ring with her Sommelier and a table full of Champagne. She talks about Sasha being in uncharted territory having retained a championship. She says Sasha can’t get disqualified this weekend, so must overcome her lack of discipline to win. As she starts sipping her champagne Sasha comes down to join and attacks both Carmella and her Sommelier. A quick bottle attack from Carmella leaves her standing triumphant above the champ.

Gable and Cesaro accompany the competitors. Otis does seem to have a more grounded style, making a distinct effort to be a different kind of wrestler. Otis goes for The Caterpillar but Gable tells him to switch instead to a Suplex. Shinsuke almost takes advantage of this, but Otis is able to catch him and deliver a suplex followed by a Vader Bomb for the win.

Sami is seen backstage looking at his awards, but declares they need to be polished. As he walks away, Big E also walks up, in a shirt and suspenders.

Sami plays a year-in-review video featuring himself and begins to award himself awards for Return of the Year and Match of the Year. When he goes to award “Superstar of the Year” it’s Big E’s name on the card. Big E comes out and gives an acceptance speech, but when Sami tries to interrupt him he beats down Sami.

Throughout the night both women have been interviewed with each leaning into the other’s past glories being the source of their fame false confidence. Binca’s athleticism is front and center for this match, with Bayley using heelish targeting of Bianca’s limbs to take away the strength advantage.

.@BiancaBelairWWE and @itsBayleyWWE finally square off in a one-on-one showdown on #SmackDown! pic.twitter.com/kwHmoDeRbh

The two fight for position, Bayley able to find openings against Belair who is resilient to the attacks of the former champion. Bayley tries to pin Bianca and leverage on the second rope but the ref sees it and doesn’t count the pin. Bianca nearly successfully powerbombs Bayley, but Bayley rakes the eye and delivers her finisher to get the win.

She was right, @itsBayleyWWE is the ER…

Roman comes out admonishing Kevin for his refusal to quit tonight. Owens comes out with a chair of his own which he uses on Jey, but the 2-on-1 situation is too much for him to overcome. Jey and Roman continue to beat Kevin down with chairs, and Roman pontificates as he puts Kevin through a table and starts piling junk on him. Roman’s music plays as they walk away with Tables, Ladders, and Chairs covering Kevin Owens.

Kevin emerges from the rubble and declares that nothing Roman or his family do to him can keep him down. He’ll win the Universal TItle or die trying.