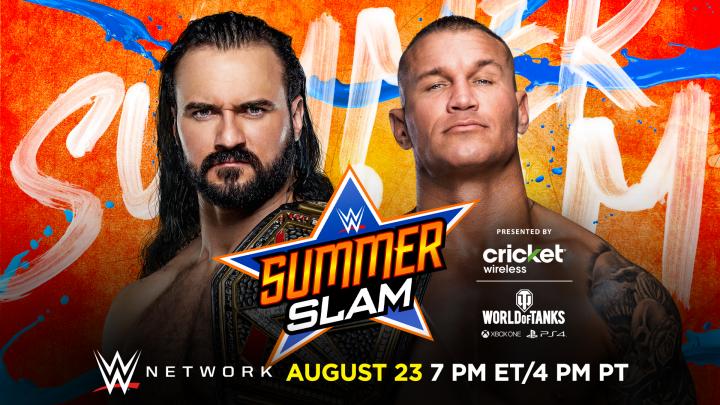 Bobby Lashley and Shelton Benjamin have been banned from ringside for this match, leaving MVP to fight on his own. The technique and wisdom of MVP is on display against the athleticism of Crews.

Youth beats experience in this bout as Apollo Crews gets the win.

This is Asuka’s first of two matches on the show tonight as she faces off for the two main roster championships. Sasha joins Bayley ringside in support of her Tag Team Co-Champion.

This match takes place both in and out of the match with each woman taking every advantage they can over their opponent. Both Asuka and Bayley show off their resilience with Bayely eating a DDT on the outside as well as Asuka eating a draping elbow drop.

The fight continues with no real dominant force.  Bayley attempts to swing momentum in her favor when dropping Asuka on her knees on the apron and focusing on the joint.  Due to a Sasha distraction, Bayley is able to roll up Asuka after a failed hip attack.  Bayley retains her Smackdown Women’s Championship. Following the match, Sasha and Bayley further attack Asuka for a little extra insurance.

A Promise from Papi

Dominik is backstage with his mother and Rey, and he passionately asks Rey to not get involved tonight.  Rey is quite reluctant to accept, but eventually relents, hugging Dominik.

"You need to let me handle this on my own … Promise me that you're not gonna get involved." – @35_Dominik to @reymysterio #SummerSlam pic.twitter.com/7t4hwg3UV1

The Street Profits are used to show off some of the Thunderdome’s item drop capabilities as some cups fall in their intro.  Garza and Andrade don’t match though the Profits almost match Garza, though the team does match after Garza’s pants come off.  The team focuses on Montez Ford, trying to take away his mobility.

The heels do a superb job isolating ford, allowing both Garza and Andrade to perform a plethora of attacks.  Dawkins eventually gets in and tries to use his power against Andrade’s adaptibility.  Zelina Vega takes an unexpected hit on the outside and while Andrade checks on her, Garza gets hit with the Frog Splash for the win. Street Profits retain their titles.

Charli interviews Sasha about her upcoming match with Asuka, as well as her role in Bayley’s retention. Bayley though, being quite subtle, declares a clean sweep prediction while brandishing a broom.

This match has become a bit of an awkward situation with the developments this week. The match wastes no time going to the outside, with Mandy Rose getting a surprising amount of offense against Deville.  Not a lot of weaponry pulled out in the beginning, but there is savagery with positioning and environmental attacks.

Sonya seems to be less fazed than Mandy, and continues to taunt from a place of passionate fury. Weapons come into the fray with Chekov’s Table set up and some thrown chairs.  Surprisingly the table is not used, but Mandy Rose wins with a pair of knees to Deville.  Deville seems distraught on the outside as she leaves.

A triumphant @WWE_MandyRose …
A distraught @SonyaDevilleWWE …

Otis comes running out with his briefcase and celebrates with Randy, lifting her on his shoulder like his Miss Elizabeth.  Mandy also attempts the caterpillar poorly, but all fun there.

This is Dominik’s first match, though not his first time involved in SummerSlam as his custody was once decided via Ladder Match.  Seth comes out in some gear that looks like a tribute to Rey’s Halloween Havoc gear against Eddie.

Does @WWERollins have the best #SummerSlam fashion game though? pic.twitter.com/8fn18i28Ie

Seth is playing a very cocky heel, playing with his food by allowing Domiik some attacks but keeping the opening super basic but still dominating. Dominik does show that he has done a bit of work on good lucha things with some flips and flair. It’s clear that Seth is leading this match, and it’s interesting to see that Dominik is using a small man offense despite being quite tall in comparison to his father. Seth keeps trying to goad Rey into getting involved, torturing Dominik with a kendo stick and bringing in a table.  Dominik does become one of the rare few to kick out of a Falcon Arrow, and sends himself and Seth through a table with a second rope Russian Leg Sweep.

Seth makes a point of ripping off the top of Dominik, and continues to taunt Rey as he unloads on Dom with the Kendo Stick.  Seth pulls out handcuffs and drags Dom to them, trying to get Rey to interfere.  Mama Angie Mysterio makes her way to the ring, but Rey tries to stop her from coming down. Dominik is able to retaliate against Rollins and Murphy, but is outnumbered before Rey comes down to assist once Dominik’s eye is broguht to the steel step.  Rey is handcuffed to the Rope and as Rollins and Murphy grab a pair of Kendo Sticks, Seth notices Angie on the Ramp.  Dominik rushes to the aid of his mother and gets a second wind against Seth and Murphy.

Seth brings an end to the match and puts a nail into the heart of Rey by delivering a stomp to Dominik after bringing up the knees on a frog splash.  As Rey tries to aid his son, Seth drops the handcuff key on Dom’s body out of reach.

Asuka’s second match of the night as Bayely also joins Sasha ringside.  The match is immediately aggressive, though Asuka is selling an injured knee from earlier.  Sasha finds an opening and delivers an intense sunset flip bomb variation to the outside that looks insane.

Sasha Banks nearly wins via count-out but Asuka is able to get back in the ring at 10, and seems to have an answer for almost all of Sasha’s offense.  Prior damage does keep Asuka from completely capitalizing on her brief moments of control. Every Piece of this match works, Bayley coaching on the outside is also highly entertaining.  In a moment of possible Deja Vu, Bayley gets on the apron, but Bayley gets out of the way of the hip thrust, which allows Sasha to attempt a bank statement, but Asuka rolls through and wins with a Banks Statement while Bayley has been knocked to the outside. Asuka is your New Raw Women’s Champion once again.

Drew tries to immediately jump on the attack, but Randy Orton is able to easily control the pace of the match.  A few RKO attempts make an appearance, and despite escaping Drew is obviously shaken. This match feels very much like a Randy Orton match but that isn’t a bad thing.  Despite the basic structure and attacks throughout the match, it is quite entertaining. Drew also invokes Ric Flair by locking in a Figure Four leg lock on Orton.

The intensity picks up and McIntyre shows off his strength, and able to keep pace against Orton, answering his attacks with moves of his own. Both Orton and McIntyre are busted open, dripping a bit of blood from the forehead. The match has a high level of intensity to it, coming the closest to a Big Fight Feel that you can get. And speaking of “Out of Nowhere” the RKO is reversed into a backslide by Drew McIntyre for the win to retain the title. Orton is left stunned on the outside by the sudden loss.

This match doesn’t immediately appear to have any cinematic qualities to it, so hopefully they can use the environment to make the most of their match.  The clear story is Bray wearing out Strowman who is using full strength despite the impervious nature of The Fiend.

The match makes its way to an empty Gorilla position, with both Fiend and Braun getting thrown into walls, and Strowman kicks out of a Sister Abigail on the floor.  The pair make their way back to the ring where Strowman delivers a pair of powerslams before grabbing a boxcutter. He starts cutting up the ring and removing the padding and exposing the boards, but Bray is able to deliver an Uranage and Sister Abigail to the exposed area to win and become the New Universal Champion.

Out of Nowhere Roman delivers a Spear to The Fiend and Braun, triumphantly returning.  He grabs a chair and automatically goes after Braun, wailing on him. It looks like Roman is ready to reclaim his yard.