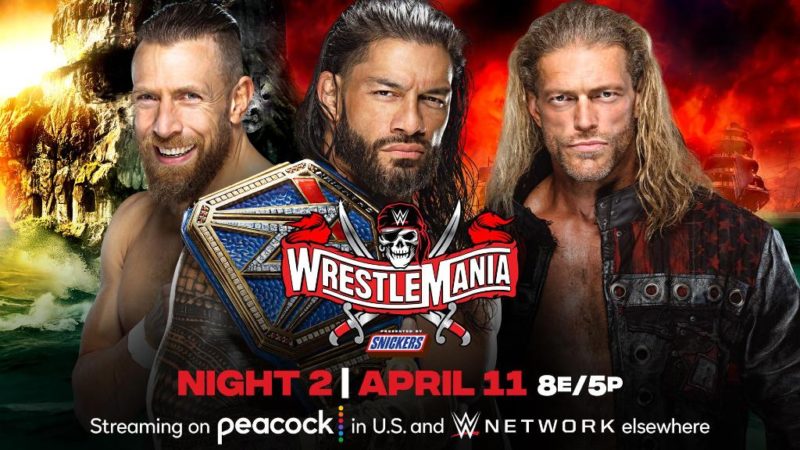 
The boys disagree on if Universal Champion Roman Reigns will retain vs. Edge vs. Daniel Bryan in a Triple Threat Match.

Did WWE Champion Bobby Lashley fire half of The Hurt Business just to drop his title to Drew McIntyre?

Is there any chance SmackDown Women’s Champion Sasha Banks vs. Bianca Belair is still a main event one of the two nights?

Will the Raw Tag Team Champions The New Day are not dethroned by AJ Styles & Omos?

The guys are disapointed The Fiend vs. Randy Orton does not appear to be a cinemtic match.

Bilal thinks Raw Women’s Champion Asuka vs. Rhea Ripley would of been better with Lacey Evans as a nautral heel so Rhea could of been less of a clearcut face or heel.

Bad Bunny vs. The Miz may not be for everyone but you cannot argue with the interest and money it has given WWE.

Braun Strowman will face Shane McMahon in a Steel Cage Match because it is not as if Shane will be looking to win via escape… oh wait.

The United States Champion Riddle vs. Sheamus in a match Alex is not even sure should be happening at Mania.

Intercontinental Champion Big E vs. Apollo Crews in what should be the surest title change either night.

Kevin Owens vs. Sami Zayn will we get to see Logan Paul eat a Stunner?