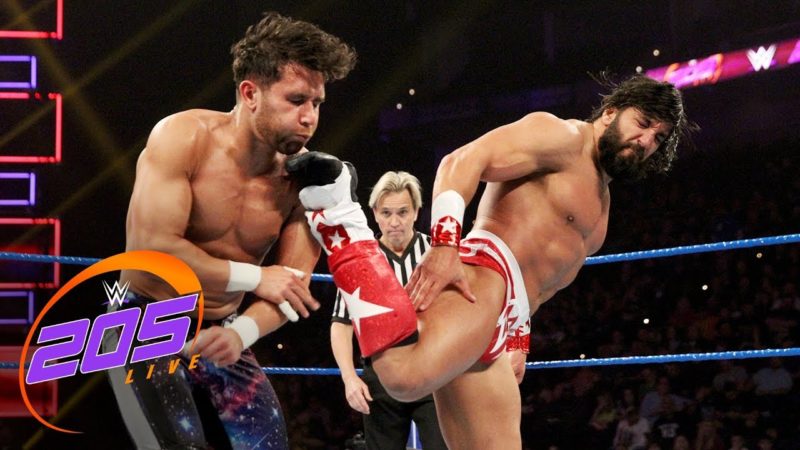 The cruiserweights are apparently moving back to their original timeslot on the WWE Network. 205 Live began as a…well…live show on the Network, airing right after SmackDown Live. However, when the second season of the Mixed Match Challenge began, the WWE decided to start taping the purple brand to run the show at 7 pm ET, an hour before NXT.

Because of this, 205 Live has been taped the hour before SmackDown Live took place. However, now it seems that the Purple Brand will begin airing live after SmackDown again. Next week’s schedule on the WWE Network showed that the cruiserweights would indeed be returning to their original time slot.

Fans of the show who prefer to watch it on Wednesday nights will still have that choice, as replays of 205 Live will air in the same time slot that it’s been in for the past four months.