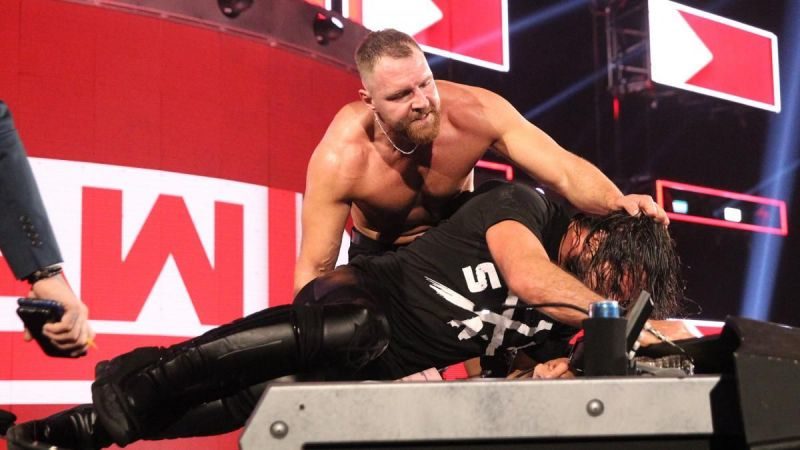 Intercontinental Champion Dean Ambrose will have his hands full on Monday Night Raw when he defends his title in a Triple Threat match.

On the latest episode of Raw, Ambrose was nearly dethroned by Seth Rollins, who was on the verge of victory after a Curb Stomp. Before he could make the cover, Bobby Lashley pulled him out of the ring and began to beat down the Architect. Lashley and Rollins had been involved in a brawl at the beginning of the show, and Lashley was there to dish out some more damage.

After tossing him around the ringside area, a spear back in the ring would seal Rollins’ fate, and allow Dean Ambrose to retain the Intercontinental Championship. After the match, Lashley put Rollins through a table.

Now, Ambrose will have to defend his title against both Rollins and Lashley in a Triple Threat match on this week’s Monday Night Raw.

THIS MONDAY on #RAW…

WWE also announced that Raw Women’s Champion Ronda Rousey will team with her opponent at the Royal Rumble, Sasha Banks, when they take on Nia Jax and Tamina this week. Rousey gave Banks her seal of approval on the Moment of Bliss segment this past week, but Jax would interrupt the segment, not too pleased with Rousey’s choice for a challenger.