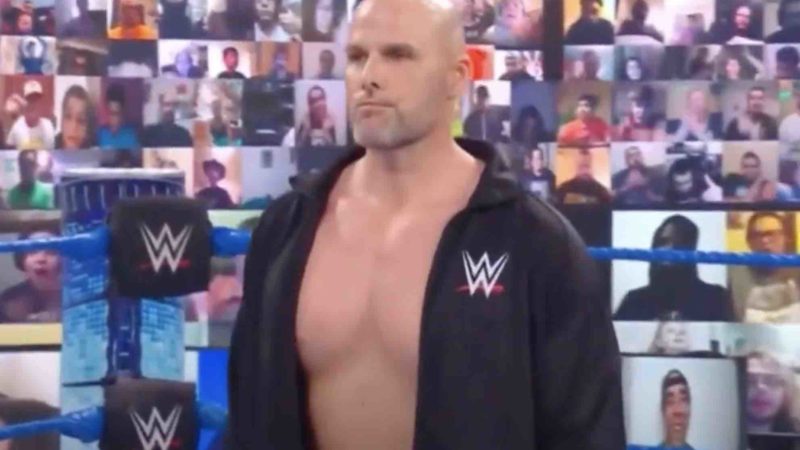 Adam Pearce has become one of the top babyfaces on Smackdown in early 2021 as the primary authority figure, feuding with Roman Reigns and even being slated to wrestle him at one point at the Royal Rumble after winning a gauntlet match, with help from Reigns. Last week, Pearce brought in Kevin Owens to replace him, telling ‘The Head of the Table’ that the ‘card is subject to change.’

Last night on Smackdown, the show opened with Paul Heyman challenging Pearce to a match after he disrespected him in front of Roman Reigns. Smackdown was completely built around the advertised Pearce vs. Heyman main event, which was switched out at the last minute to a Roman Reigns beat down of Pearce. Kevin Owens came in for the save though where a hooded disguise, after previously being banned from the building due to politics from Reigns.

Last week’s Smackdown drew 2.153 million viewers, with the show generally holding over 2 million, with Pearce and his rivalry with Reigns being the primary focus in recent weeks, it has turned him surprisingly into the current biggest ratings draw in professional wrestling. Pearce’s YouTube numbers further prove this, with Pearce vs. Heyman having 1 million YouTube views, blowing away everything else on Smackdown.