Tay Conti finally broke her silence after being absent from social media follow the backlash she received after Sammy Guevara broke up with his fiance of 8 years Pam. Many fans blamed Conti for hooking up with Guevara, leading to the breakup.

Tay Conti took to social media and addressed her haters, putting them on blast and making sure she will never let them take her happiness away.

“Hi Friends. I had to take some time off social media because I was reading some unnecessary comments. My personal life is no ones business and no one has the right to create false rumors and harass me for something that wasn’t my fault.

When I look at the mirror, I’m happy to see who I am and I’m proud of myself. If you like my career, great you can stay but if you don’t, just leave. One thing is for sure: HATERS WILL NOT TAKE MY HAPPINESS AWAY.

I’m living my best life and bringing happiness to the people that enjoy my work. For those who shared love, I can’t THANK YOU enough.. know that I do appreciate and love y’all, I’ll keep going no matter what 4. 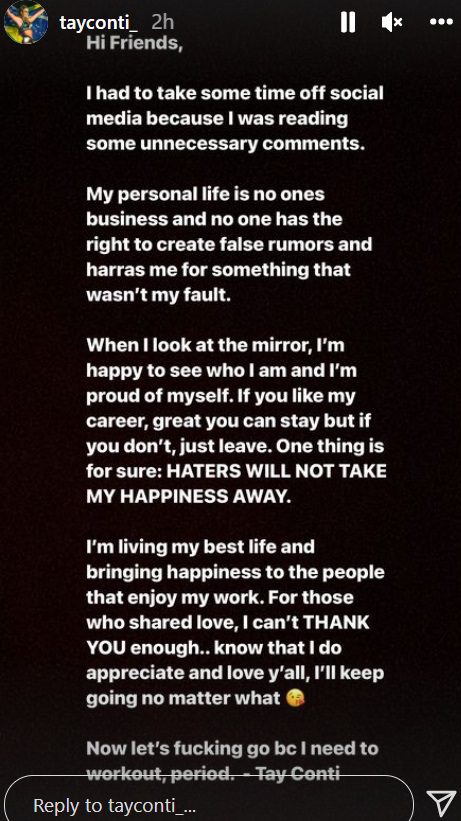