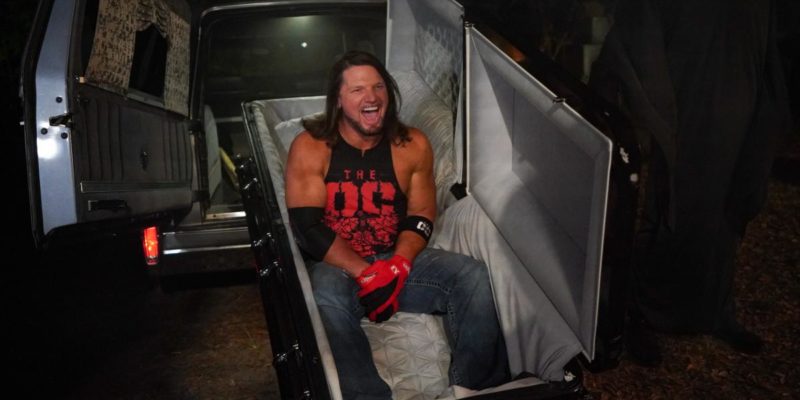 AJ Styles faced off against The Undertaker in a boneyard match at WrestleMania 36. He lost the match and it seems he will not be making a return to WWE television anytime soon.

AJ did not appear on RAW the next day. According to the Wrestling Observer Newsletter, he might not be appearing for a while. He is apparently “out of action.” While the company has decided to keep him off WWE television for some time, they cannot afford to have him away for too long.

Styles will be out of action. It likely won’t be for long since he’s considered so valuable and they don’t have much depth on the heel side of Raw right now and have a babyface champion.

AJ Styles mentioned how he enjoyed the match and said that WWE should not do these kinds of matches all the time so that they remain special.

We will have to see when the Phenomenal One will return.